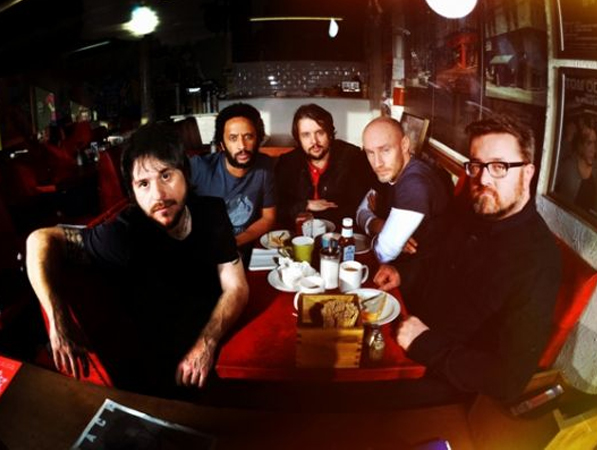 One of England's finest bands, ELBOW will showcase their sublime sound and grace in a limited run of intoxicating live performances when they play Australian East Coast shows this October.

The tour follows the release of their latest album, 'The Take Off and Landing of Everything'.

Recently completing a UK arena tour and currently playing select festival dates, including last month's Glastonbury festival and upcoming V Festival dates, Elbow return after an absence of more than two years for shows in Melbourne, Brisbane, Sydney and one show in Auckland.

Elbow's sixth studio album, 'The Take Off and Landing of Everything' (out now through Universal Music), delivered the band the highest charts debuts of their career including the top spot in both the UK and Ireland, and #12 on the Australian ARIA chart.

Elbow has consistently delivered superb albums: 2011's platinum release 'Build A Rocket Boys!', the million selling 'The Seldom Seen Kid', 'Leaders of the Free World', 'Cast of Thousands' and back where it all began with their 2001 debut, 'Asleep In the Back'.

The band has received critical acclaim and garnered numerous awards including two Ivor Novello awards plus a Brit Award for Best British Band, Mojo and NME awards, as well as the Mercury Music Prize. In further acknowledgement of their popular and critical respect, the band recorded the BBC's theme tune for the London Olympics Games and performed at the Closing Ceremony filling the stadium with two anthemic songs: 'Open Arms' and the Mojo Magazine's Song of 2009, 'One Day Like This'.

Elbow is, and always has been: Guy Garvey on vocals, Mark Potter on guitar, Pete Turner on bass, Craig Potter on keyboards and Richard Jupp on drums, and performing together on stage they are not be missed.
Tickets On Sale AUGUST 1!