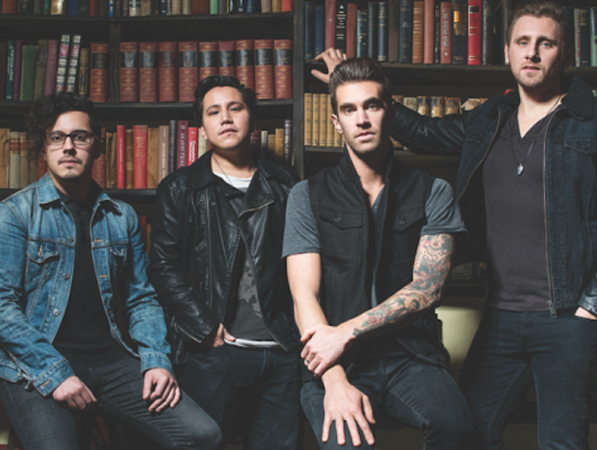 Frontier Touring are excited to announce Brooklyn-based alt rock band American Authors will be returning to Australia to play shows in Brisbane, Melbourne and Sydney.

Band members Zac Barnett, James Adam Shelley, Dave Rublin and Matt Sanchez left the Berklee College of Music in Boston where they met to take their alt-rock, four-part harmonies and infectious pop sensibilities to the Big Apple as American Authors. Their honest songwriting evidently comes from the diversity that the four members bring to the table. As lead singer Zac Barnett explains the idea behind their name and work ethic:

"We're the authors of our lives, creating music from what we've lived, from what we hope for, from what we feel. Every day is different and like everyone, our emotions change according to our personal highs and lows and by the challenges or triumphs that affect all of us... we're not afraid to be goofy one day and serious the next. We just want to be true to ourselves and share our stories for as long as people are willing to listen" - Zac Barnett (vocals)

American Authors were in Australia for a brief visit earlier this year in support of the release of their debut album Oh, What A Life (out now through Universal) which reached #3 on the Billboard Top Rock Albums Chart and #15 in the Billboard 200. The band performed a series of exclusive events whilst they were here including a concert at iconic Luna Park for 300 lucky fans.

Debut single 'Best Day Of My Life' proved to be a massive international breakthrough for the band, gaining worldwide success as it featured on various advertising campaigns around the world including: Hyundai in the UK and France, Telecom in New Zealand as well as for US retail home improvement giant Lowe's which aired during the Superbowl. It also appeared on the trailer for some of this year's cinematic releases including Delivery Man and The Secret Life Of Walter Mitty. In Australia the track took a similar trajectory after being picked up by local liquor chain BWS for one of their commercials, landing in the top 15 on the radio airplay chart, top 10 on the iTunes singles chart and achieving certified platinum single sales.

The mega hit was even performed on Glee earlier this year during their 'New New York' episode as well as being invited on Ellen to perform the anthemic tune. The track is now closing in on 23 million views on YouTube and a whopping 53 million plays on Spotify! Following the success of this incredibly infectious hit single, American Authors released their equally catchy second single; 'Believer.'

The last year has seen American Authors not only dominate the charts, television and movie screens, but also their live presence, having supported the likes of OneRepublic and The Script to being one of the most highly anticipated bands to play at SXSW in Austin, Texas earlier this year, leading to a number of sold out headline shows in the US and UK/Europe.
Tickets On Sale TODAY!