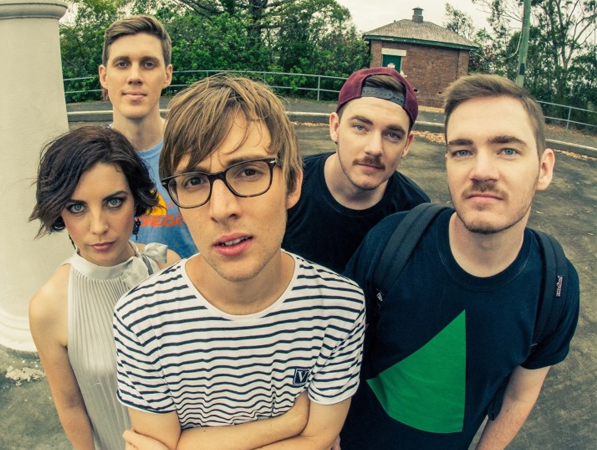 The Trippin' The Light Fantastic tour is named after the band's latest single of the same title, and will see the band perform more songs off their chart-topping album Puddinghead alongside their well-loved hits. Joining Ball Park Music on tour will be fellow label mates Millions and Pluto Jonze.

Ball Park Music previously toured in April to launch Puddinghead - their third album in three years - which saw them play sold out shows in Sydney, Brisbane, Canberra, Wollongong, Adelaide, Hobart and Melbourne. They will also be performing at Splendour in the Grass in July. The upcoming tour will see the band perform in even bigger venues in capital cities, as well as venture out to regional Victoria and North Queensland.

Puddinghead was released in April this year, and is the band's most accomplished to date. The album was picked as triple j's feature album, and upon release, skyrocketed to #1 on the iTunes Albums Chart and #2 on the ARIAs Albums Chart - pipped at the post by INXS' greatest hits album by a mere 21 copies.

Ball Park Music's album success has been matched by their reputation for relentlessly energetic live shows. With a tireless work ethic, and songs and performances that leave fans with an unshakeable happiness, it is no surprise that Ball Park Music is one of the nation's most-loved bands.

Puddinghead is out now on iTunes and all good record stores via Stop Start Music and Inertia.

"I was asked a fair comment during this show… "How can anyone be at this gig and not be happy?" Sydney Morning Herald
Tickets On Sale Now!