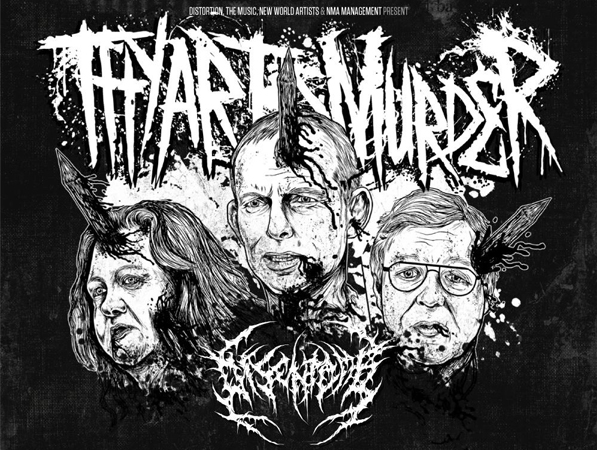 Western Sydney death core outfit Thy Art Is Murder have been busy boys of late. So far, their 2014 has seen them perform on the national Soundwave tour, travel around the country as part of the Free Your Mind mini-festival, and announce an imminent follow-up to last year's successful debut US tour, The Summer Slaughter.

As if that wouldn't be enough to exhaust anyone afflicted by the condition of being mortal, the lads in Thy Art have simply pushed the pedal even further to floor, revealing on Facebook today a string of Aussie tour dates for a little while after they return from North America.

Thy Art Is Murder's last release was their 2012 sophomore LP Hate, which made itself immediately known on the ARIA Top 40 charts, making its debut #35 in October 2012.
Tickets On Sale Now!