Billions Australia presents
Sharon Jones & The Dap-Kings
The Give The People What They Want! Tour 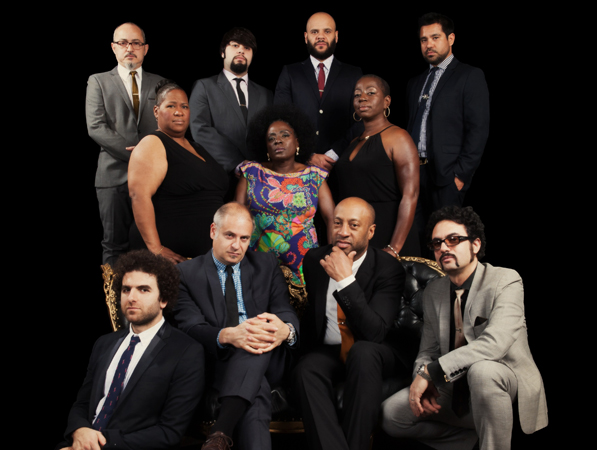 Billions Australia is chuffed to announce that Sharon Jones is back - better than ever - and Sharon Jones & the Dap-Kings are coming back to Australia with the most monumental and explosive soul live show they have ever toured.

Last year, Daptone Records had just announced the August release of Sharon Jones & the Dap-Kings' Give the People What They Want album when Sharon Jones was diagnosed with cancer. The scheduled release and touring were immediately put on hold and all efforts were quickly shifted to her treatment and recovery. Thanks to an extremely gifted medical staff, several months of recovery and the infinite love and support from friends, family and fans, Sharon is back, and was ready to once again join her Dap-Kings as they share their music with people around the globe. "My fans are what kept me fighting, and kept me focused on getting better", Jones says. "Everything I love can be summed up by the moment I get on stage, and start giving the people what they want. That's real love. That's real music."

The explosive new album came out to a frenzy of acclaim in early 2014 and now with the global touring schedule well underway it is clear that this tight and deep Daptone soul community from Brooklyn has bounced off this difficult time and come out closer and stronger and are delivering the most incredible shows of their illustrious career.

For over a decade, the band has travelled the world, blowing minds with their explosive live performances and their raw, hand-crafted studio recordings. While other artists have ridden the crests and troughs of passing fads, Sharon Jones & the Dap-Kings have bypassed the hype-and-hit superhighway and taken a detour straight to the hearts and bodies of their listeners, transcending fleeting trends and demographics and delivering a visceral rhythm and soul sound to an ever-expanding base of deeply loyal fans. In short, people want great music played right and Sharon Jones and the Dap-Kings are giving the people what they want!

On this tour they'll play some very special old school dancehall type shows in iconic theatres and town halls in major cities across the country where there'll be some electrifying soul, deep dating and heavy gyrating on the dance floors with seats upstairs for those who like to watch. To make things even sweeter and to bring more heat to the dance floor the national tour will also feature Bollywood/Surf/Soul/Funk big band The Bombay Royale direct from Melbourne celebrating their new LP release "The Island of Dr Electrico" and right before the main act and with the aid of the Dap-Kings the debut Australian appearances for dynamic Dapettes soul duo Saun & Starr celebrating the release of their new 7" 45rpm single "Hot Shot b/w Gonna Make Time" out now on Daptone.

Feel free to dress funky and/or formal and be ready to get down at each and every one of these shows!
Tickets On Sale JULY 4!