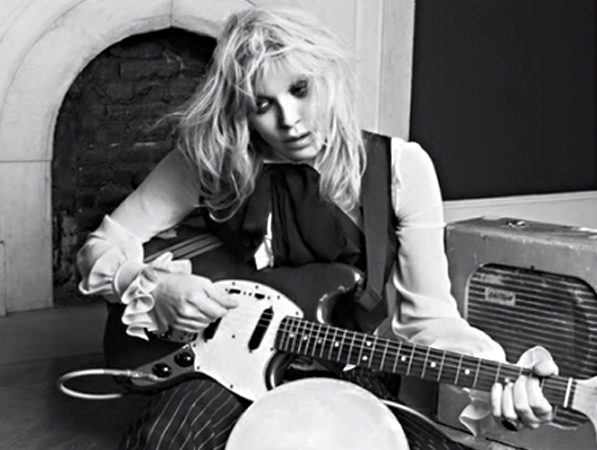 Courtney Love has left an indelible lipstick-smeared mark on her generation, once described by Rolling Stone as the most controversial woman in the history of rock, Love's artistic career has weathered deep human tragedy, fluctuating public opinion and battles with personal demons that would threaten to swallow a lesser artist whole. Through sheer will, ambition and a deep inner strength this iconic rock identity continues to forge a career that remains as relevant, vital and unpredictable as ever. This August, Courtney Love returns to give faithful Australian fans a chance to re-engage and reunite with one of the most recognisable, outspoken and uncompromising female artists of her time.

Born in San Francisco in 1964, Courtney Love spent her formative years living in both in the US and New Zealand before heading to the UK in her late teens then settling back in the states before embarking on a musical career in the early 1980's. Stints with the bands Sugar Babydoll, an early incarnation of Faith No More and Babes in Toyland took her through to the late 1980's before she put together Hole with guitarist Eric Erlandson, Lisa Roberts on bass, and drummer Caroline Rue. It was with Hole that Love found both artistic and commercial success delivering the acclaimed albums Pretty On The Inside, Live Through This and the commercial triumph that was 1998's Celebrity Skin.

After the demise of Hole in 2001, Love regrouped and set about working on what was to become her first solo album, America's Sweetheart which was released in 2004. The album, though made under difficult circumstances, was received largely favorably by critics and fans and once again featured the honest and emotional fragility of her earlier work. Love's next release took some time to appear, after sessions for what was to be her second solo release How Dirty Girls Get Clean were abandoned. Much to the delight of fans the world over, material from these sessions, and a reunion under the name Hole saw delivery of the album Nobody's Daughter in 2010. Most recently Love released the double A-side power pop punk single 'You Know My Name/Wedding Day' (cobalt music label) to celebrate the launch of her recent UK tour; the tour in question was acclaimed by the Telegraph as "potty mouthed and captivating" and by the Guardian "she leaves us begging for more"

Never far from the public eye, Love has maintained a presence in the social media generation, and along with her acting work and ever increasing interest in the world of fashion, continues to break the mould of what is expected from today's rock 'n' roll icon.
Tickets On Sale JUNE 16!