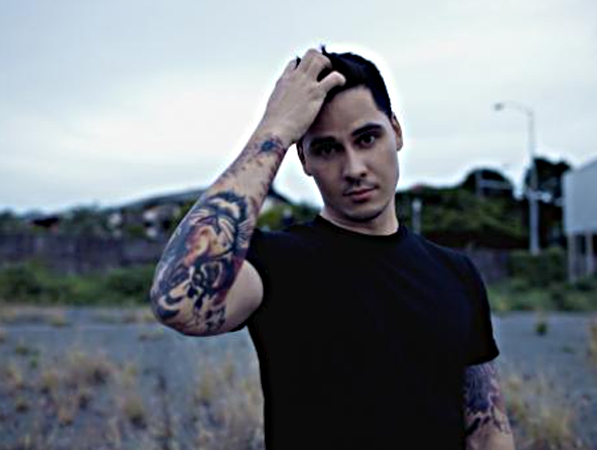 Doyle Perez AKA D At Sea came to prominence in 2012 by doing creative acoustic renditions of Metal and hardcore songs on his YouTube account. Since early 2013, he has established himself as a Singer / Songwriter in his own right, releasing the acoustic Unconscious EP in 2013. He hit the touring circuit and became know for his ability to pack out not only traditional venues, but also parks and gardens doing his donation-only D At Tree shows which have seen 200+ fans attend impromptu shows announced earlier that day.

What sets D At Sea apart is his influences. Far removed from being just another guy with an acoustic guitar, he has an edge which was born from his background in the hardcore and punk scene. He has a distinct sense of humour and energy that makes him one of the most unique pop artists in Australia.

The Anchors & Diamonds EP (out July 11th via UNFD) is the first of his music to bring a full band, non-acoustic side to his songs. The full production element has given an accent to his well crafted songs and with hardcore super-producer Will Putney, while the drums were played by Matt Halpern from UK Metal outfit Periphery. While Anchors and Diamonds is far from the sound of a hardcore or metal record, it’s the energy, attitude and song structures that gives D At Sea his edge over the pop majority.

To celebrate the release of the Anchors & Diamonds EP, D At Sea will play a one-off launch show on the eve of it's release at The Brightside on Thursday 10th July. This will be the first ever D At Sea performance in the full band setup.
Tickets On Sale Now!