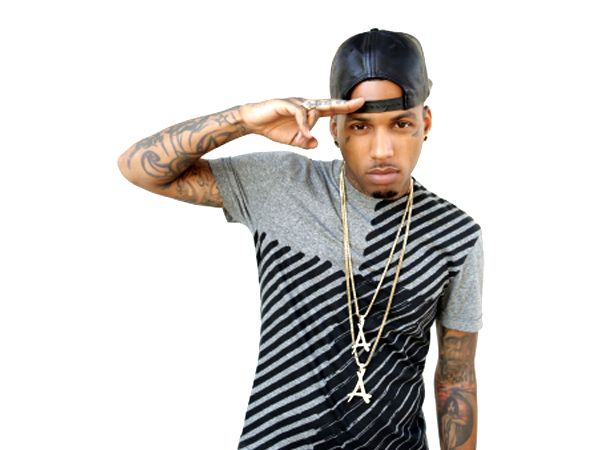 After a whirlwind tour of the US, Los Angeles rapper, producer and performer, Kid Ink, brings his My Own Lane tour down-under this August.

Grinding as a producer since the age of 16, Kid Ink uncovered this creative highway by perfecting a personal style behind the board first. He officially started twisting the game up when he dropped his 2012 independent album, Up & Away, smashing iTunes records by debuting in the Top 5 of the Hip-Hop Albums chart prior to release. Cumulative single sales from the effort exceed over 500K, while it landed at #20 on the Billboard Top 200, moving more than 20K copies first-week.

There's absolutely nobody quite like the tattooed from head-to-toe impresario. "My background producing contributes so much to my own music". He admits, "I feel like I have a different ear because of that. I'm always aiming for a bigger sound and a bigger look."

Cruising past all boundaries, Kid Ink seamlessly slips from an irresistible hook into an impeccable verse, effortlessly bobbing and weaving between the club and the streets. Collaborations with Chris Brown, Pusha T, Wale and French Montana allows the album to move effortlessly from the buoyant and bouncy We Came to Party to Murda, where he unleashes his pure mic fury over distorted guitar riffs.

Proving he is the master of blending stylistic choices, Kid Ink creates something truly unique on his full-length debut, My Own Lane inviting audiences from various genres to his world. There's no stopping him.