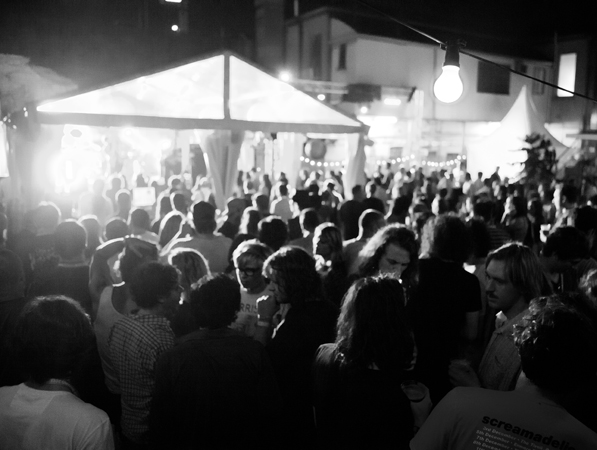 Australian music industry personalities such as Penny Drop's Emily York, Ben Marshall of the Sydney Opera House, and St Jerome's Laneway Festival's Danny Rogers and Jerome Borazio are joined by a range of international icons on the line-up of industry speakers at this year's BIGSOUND conference in Brisbane.

The Windish Agency's Tom Windish, Kevin French of Paradigm/Bonnaroo and Superfly's Chris Sampson are among the roster's American contingent, with other presenters hailing from the UK, Germany, Hong Kong, Iceland and Singapore, giving this year's conference a decidely global flavour.

After getting his start as a concert booker and college radio host, Windish began The Windish Agency in his Chicago apartment ten years ago, and has since expanded into six cities and boasts 60 employees. The company has successfully booked tours for artists such as Lorde, Alt-J, Girl Talk, Hot Chip and Lykke Li across North and South America, Oceania, Asia, and parts of Europe and Africa.

French founded Bigshot Touring Artists in New York City in 2001; eight years later, the company had become Paradigm Talent Agency and now operates out of NYC, LA, Monterey and Nashville, while French looks after artists including The National, Tame Impala, The Decemberists, The Gaslight Anthem, Savages and Youth Lagoon, to name a few. French will be a familiar face to BIGSOUND veterans, having appeared previously in 2011, when he formed professional relationships with local go-getters San Cisco and Emma Louise.

Having only started in 2010, Sampson is a relative newcomer to Superfly - which handles festival properties including Bonnaroo Music & Arts Festivals - but he has shone with his marketing initiatives for the organisation, sealing successful partnerships for artists such as Taylor Swift, The Wanted, Lykke Li and more. His career began at Universal Records before he jumped ship to Red Light Management in 2002, where he stayed until his departure to Superfly.

"We know how important it is to make connections with buyers of the highest international calibre," O'Byrne reiterates. "BIGSOUND 2014 has only just started scratching the surface with this first line-up announcement, but this is already the most diverse and influential group of live music buyers we've ever seen in Australia."

Earlybird tickets for BIGSOUND 2014, September 10-12, are on sale now. Applications to play at BIGSOUND close May 9!