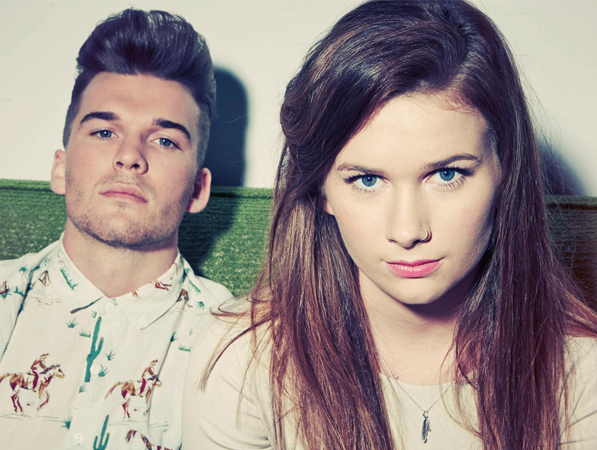 If the news that New Zealand-born singin' siblings Georgia and Caleb Nott, aka Broods, will perform at this year's Splendour In The Grass festival is akin to something like emotional ice cream to you, then get ready for great news about the pair.

The critically acclaimed duo has just announced two headline shows for the coming months - one in Sydney, the other in Melbourne - to complement their upcoming support gig for songstress Ellie Goulding.

The Melbourne show goes down Thursday, May 29, while Sydney will get its special serving on Wednesday, June 4 and you can find the details in theGuide below.

It's been a busy few months for Broods, who launched their self-titled debut EP here earlier this year - a release that, aided by the strength of lead single Bridges, saw them emerge as signatories to Island Australia and Universal NZ in our corner of the world, and Capitol Records (US) and Polydor (UK) abroad.

With adjective-heavy international buzz around the band continuing to grow as their date at North Byron Parklands draws nearer, and their international clout picking up considerable pace in the interim, these shows may be an increasingly rare opportunity to catch Broods in an intimate setting, so you'd be well advised to make the most of the opportunity, even if you're planning on catching them during Goulding's tour or in the big leagues this July.
Tickets On Sale Now!