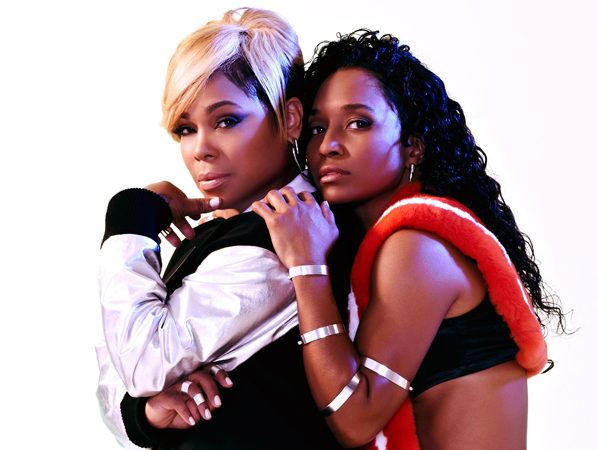 I|E|G and Ginnen Group in association with Channel [V] and MAX are thrilled to announce the very first Australian Tour of legendary 90's R&B girl group TLC. From humble Atlanta beginnings to global superstardom, 5 x Grammy Winner's TLC are the biggest selling American female group of all time with a phenomenal 65 million record sales worldwide. With a catalogue of some of the biggest hits of the 90's including Creep, Ain't Too Proud To Beg and #1 selling single Waterfalls through to three Top 5 hits in Australia - No Scrubs, Diggin On You, and Unpretty in the early 2000's, TLC have left an indelible mark on the music industry. Tionne "T-Boz" Watkins and Rozanda "Chilli" Thomas recently started touring again, and caught the world's attention with the 2013 release of their VH1 Biopic Crazy Sexy Cool which chronicles their rise to fame and their struggles along the way. The ladies kick off their Australian Tour in Sydney on June 6th, and finish in Perth on June 13th.

In 1991, comprised of T-Boz, rapper Lisa "Left Eye" Lopes and Chilli captured the world's attention with their sassy attitude, sophisticated R&B feel and socially conscious lyrical style. On their 1992 debut, Ooooooohhh...On the TLC Tip, the group unleashed a cool blend of hip-hop and R&B reminiscent of the "new jack swing" of the late ‘80s, rounding out their hook-laden sound with flamboyant wardrobes and vibrant, attention-grabbing energy. In 1994, TLC displayed a remarkable newfound maturity with CrazySexyCool, this time around offering a smoother and more mid-tempo gem of an album that went on to scan over 11 million copies in the U.S. alone, won a Grammy for Best R&B Album and included such chart-topping hits as Creep and Waterfalls. TLC's highly anticipated third album, FanMail, was released in 1999 to rave reviews, including such crossover sensations as No Scrubs and Unpretty and, like its predecessor, won the Best R&B Album Grammy. Tragically in 2002, Lopes was killed in a car accident while spending time in Honduras. Refusing to call it quits in honor of their fallen sister, T-Boz and Chilli completed and released 3D that same year, and appeared in their last performance at Z100's Zootopia festival by lovingly performing against an on-stage video montage dedicated to Lopes. The group has found a new group of fans and a fresh round of popularity after the record-breaking debut of their VH1 film Crazy Sexy Cool which chronicles their rise to fame and their struggles along the way. They are in the studio preparing a new album, their first in over a decade.
Tickets On Sale APRIL 24!