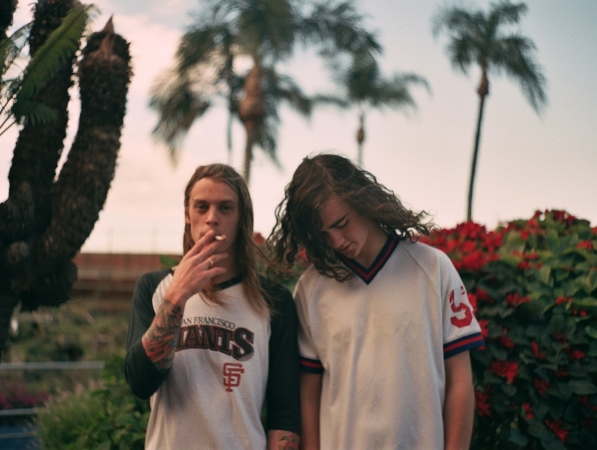 At a time when true rock and roll tales are as rare as chicken lips, Dune Rats are traveling the globe as punk rock pied pipers, attracting an army of ferocious life enthusiasts who are as willing as they are to throw the dice, turn reality sideways and roll with whatever happens. Ratbags, nerds, delinquents, outcasts, the brave, the loud, the shy - Dune Rats don't care who or what you are, only that you abide by just one rule - no kooks, no gutties.

Palming Dunies off though as nothing more than permanently wasted lunatics, would be a sad and narrow-minded mistake. These three take as much pleasure in overt politeness and the odd spot of gardening as they do in the eyes-wide open adventure of tilting reality. But at the core of it all - the platform for everything that follows - is their uncalculated lust for making music. It's taken them around the globe and back, leading them to the proudest of musical moments so far - the recording and the imminent release on Dune 1 of their first full-length record.

'Funny Guy' is the first single from the brand new album. A track that's indicative of the rippling energy that pulses off the Dunies. It's an anthem that cries out to all those that feel the need to be something other than exactly what they are; living one life but presenting another, leading to the lyrical catch cry "Why you gotta lie, all the time??"

'Funny Guy' out April 8th, Self-Titled Debut Album out Dune 1st, 2014 through Ratbag Records and the fellas are taking to the streets with an international run of debauchery starting in April - South Africa, UK, Europe, Asia and then home for national album tour in June.
Tickets On Sale Now!