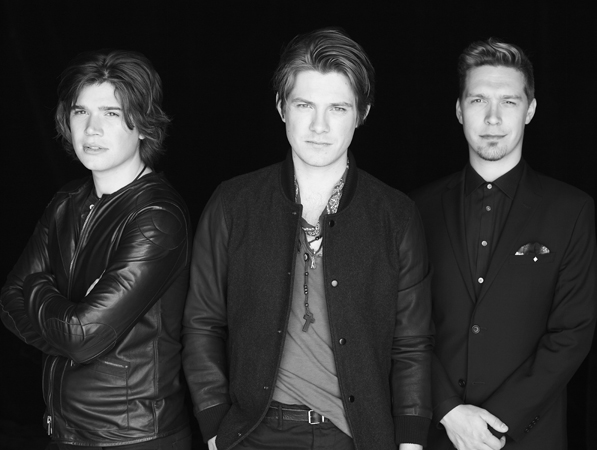 Chugg Entertainment and XIII Touring can confirm the return of HANSON when the ANTHEM World Tour hits Australia this August!

Pop-rock trio, HANSON, are back with their brand new album ANTHEM, which is set to be released digitally on Friday 4th April, along with the album's lead single Get The Girl Back. The album's release coincides with the announcement of the Australia leg of their ANTHEM World Tour.

This tour will mark the return of the band to Australia following their 2012 Shout It Out tour.

As a part of the ANTHEM World Tour, special album bundles will be available for fans to purchase with their concert tickets. All physical albums will be made available at the concerts, with digital copies available for immediate download.

The infectious new single Get The Girl Back, showcases the band's signature soulful pop-rock sound, and features guest appearances from members of fellow pop-soul connoisseurs Fitz and The Tantrums. The accompanying music video stars Kat Dennings (Two Broke Girls) and Nikki Reed (Twilight/Thirteen) and will be available for purchase exclusively as part of the Get The Girl Back single, also available digitally on Friday 4th April.

ANTHEM was produced and written by the band, and mixed by Tom Lord-Alge. Its guitar-driven sound pulls from some of the band's harder hitting rock and R&B influences - from James Brown, to early Michael Jackson, and AC/DC. The band has been busy the last 12 months with album release and a world tour dates in North America, Latin America and Europe, garnering critical acclaim for the epic new album and fan fervor around the world.

ANTHEM is the band's 6th studio album and the fourth to be released on their own independent label 3CG Records, which they founded in 2003.

2013 marked the 21st anniversary of HANSON. The band celebrated the anniversary with the launch of their own craft beer Mmmhops, inspired by the title of their breakout single.

HANSON have been nominated for multiple Grammys, released five prior studio albums, which spawned a string of hit singles, and sold over 16 million albums worldwide.
Tickets On Sale APRIL 9!