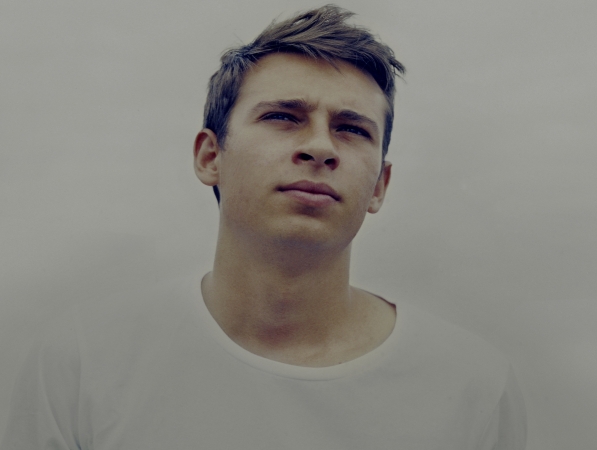 Following the CD and digital release of Flume: Deluxe Edition in September 2013, our favourite super-producer Flume returns with a double LP version of the deluxe, featuring collaborations with Freddie Gibbs, Ghostface Killah, Autre Ne Veut, Killer Mike, Twin Shadow, How To Dress Well, Stalley and more, available for the first time ever on vinyl. The 2xLP will be in stores on April 15th.

To celebrate its impending release, Flume is sharing the new video for 'Space Cadet Remix' feat. Ghostface Killah & Autre Ne Veut'. Directed by Jim Dirschberger and Jay Howell, who work together on the Nickelodeon cartoon 'Sanjay and Craig', the video is an intergalactic 3D trip through space. Howell, who also illustrates the FOX cartoon 'Bob's Burgers', had never worked with 3D, and here uses the medium to create a mind-bending universe populated by three-headed creates, planet-consuming emcees, and so much more. Watch it here.

The double LP is currently available for pre-order across the globe. The pre-order features the vinyl and a limited-edition t-shirt designed by Howell himself.

Flume then marches into 2014 with a worldwide tour including stops at Coachella, Lollapalooza in South America, and many more festivals in support of the new double LP. All dates are below.

In the past year, Flume has toured all over the world selling out headline shows in North America, Europe and Australia. He's joined like-minded producers Disclosure on their massive, sold-out national UK tour and headlined Big Day Out and Field Day festivals (where he finished with a wild back to back set with Skrillex). On top of that, Flume has won the triple j award for 'Album Of The Year' and four ARIA Awards for 'Producer of the Year', 'Best Male', 'Breakthrough Artist' and 'Best Dance Release'. In November 2013, Flume teamed up with friend and collaborator Chet Faker for the Lockjaw EP, featuring single 'Drop The Game' which reached #5 on triple j's Hottest 100. Flume was also named as an MTV Artist to Watch earlier this year.

"It looks as if Flume may have to start getting used to being the centre of attention." - 4/5 THE GUARDIAN

"Sydney's electronic producer/auteur stripling Harley Streten shows what celebrity fans such as the xx, Four Tet and Totally Enormous Extinct Dinosaurs have been getting excited about." - THE INDEPENDENT

"With that kind of control over his songs and performers, Flume could easily evolve into a sought-after producer." - PITCHFORK

"He's woven a stunning debut which is as scattershot as it is coherent, and his homeland is certainly right to be heralding him as the next big thing." - 8.5/10 THE LINE OF BEST FIT