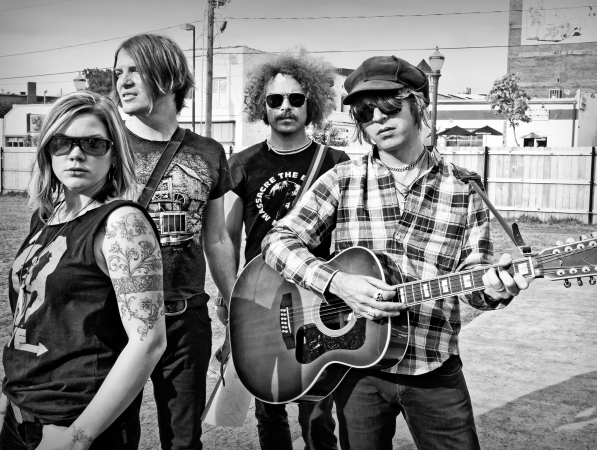 In 1994 a groovy little band outta Portland, Oregan burst into life - they were called THE DANDY WARHOLS ... they were a group of friends who "needed music to drink to"

Regarded as "one of the best live bands around" (Louder Than War) The Dandy Warhols or Dandy's as they are affectionately known, have earnt their reputation by delivering performances which garner reviews like "handclaps, sing-alongs and bouncing galore as the Dandys energised the room and made people forget they had to work the next day" (Faster Louder) and "one of the best shows of the year, or at least one of the most freakin' e-p-i-c." (The Dwarf)

And for a band that's been doing this for as long as they have it's refreshing to see them still clearly loving what they do.

"Celebrating the awesomeness that is the Dandy Warhols" - (Caught in the Mosh).

They boast an impressive back catalogue, which guarantee's their set-list is jam packed with hook-laden pure pop gems and crowd favourites - 'We Used To Be Friends', 'Horse Pills', 'Get Off', 'Godless', 'Everyday Should Be A Holiday', 'Boys Better' and of course the evergreen crowdpleaser 'Bohemian Like You'.

We'll leave the final words to NME - "The Dandy Warhols are a lifestyle, not a performance; an intoxicating and unpredictable band."
Tickets On Sale March 27th!