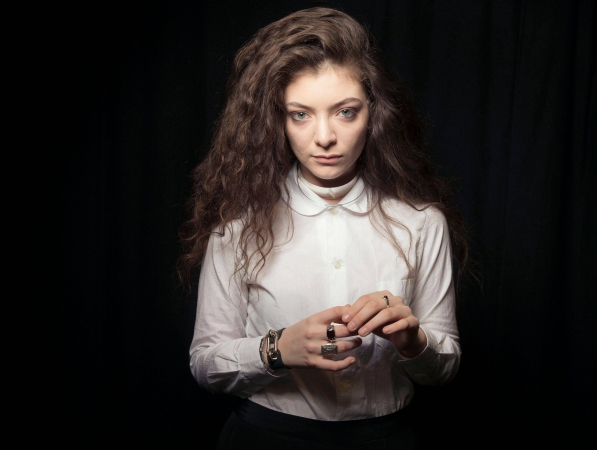 Australia's favourite artist/adopted daughter Lorde is pleased to announce a run of huge dates around the country next month.

Since emerging just 18 months ago, the 17 year old's achievements have been numerous and significant, thanks to a string of instant-classic singles ('Royals', 'Tennis Court', 'Team') and a classy debut, 'Pure Heroine': 350 million+ Youtube views; record-breaking chart results around the world; a couple of Grammys and a Brit Award; and critical praise from everyone from Kanye to Bowie, to name but a few.

In Australia, the stats also reflect her enormous popularity: three spots in the top 15 of the Hottest 100 (including a #2 position for 'Royals'); 6 x Platinum recognition for 'Royals'/'The Love Club' EP and 2 x Platinum for 'Pure Heroine'; over 16 million Spotify streams (making 'Royals' the most streamed track in 2013); and an acclaimed spot on the 2014 Laneway Festival.

Lorde's brand new show - which includes a killer light show and a few surprises along the way - has been attracting amazing reviews since it kicked off in the US this week. All shows will be all-ages.

"Lorde exudes confidence about the vision she has for herself and she's clearly someone who wants to continually move forward instead of trotting out the hits and treating everything else as filler." - Rolling Stone

"A sold-out crowd singing back more than just the hits makes a good argument that people care about what she has to say." - Houston Press

"That vulnerable insight and ability to reach not only the roaring mass of youth at the foot of the stage, but also the more weathered souls scattered amid the sold-out room is arguably what has helped Lorde, thus far, stand apart from her Top 40 contemporaries." - Dallas Fort Worth News
Tickets On Sale March 21st!