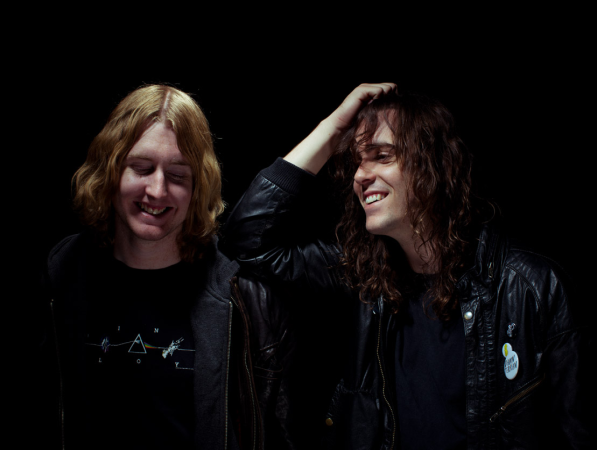 DZ Deathrays have always been known as a live band, first and foremost. It's the reason why they've been caught listing their occupation as "professional face melters" in the past. Now, with the release of their highly anticipated second record 'Black Rat' due on 2nd May, they'll be entering their element and celebrating the release with a national tour of Australia.

Having such a strong live reputation, the approach to their new record was one of purpose; to take the explosiveness of their live show, and bring it to the studio. With the likes of Burke Reid (of Gerling - credits include MSTRKRFT, The Drones, Seekae, The Mess Hall) at the helm of production, they were in safe hands to achieve this. What they came out with, however, was something they didn't quite expect...

It wasn't just the live show that they'd captured, but rather, a rich, deep collection of sounds, textures and arrangements that culminated in their best recordings to date. Instead of the live show dictating the studio sound, it became evident that the studio recordings would need to be translated to stage in a way that the two-piece had never experienced before. Hence - a THIRD musician will be introduced to the stage during DZ Deathrays' performances. Who will that be? You will have to come to the shows to find out, as they will change frequently, but one thing's for sure, expect some special guests.

This spells a whole new world for DZ Deathrays, still solely comprised of Shane Parsons and Simon Ridley, who have truly stepped up the game with their second full length release.

'Black Rat' comes off the back of their debut album 'Bloodstreams', released to critical acclaim in 2012, receiving praise from tastemakers such as Pitchfork, Zane Lowe, and NME etc, and of course winning the band an ARIA Award for best Hard Rock / Heavy Metal Album. They toured the world constantly for 2 years in support of their debut, playing with acts like Foo Fighters, Crystal Castles, Ratatat, Sleigh Bells + festivals such as Reading & Leeds, The Great Escape, Laneway Festival, Splendour in the Grass, Big Day Out etc.

Now they are back on the road in full force, taking with them long time friends and surf rock champions in their own right, Palms; and WA garage rockers FOAM. With acts as solid as these three, you can safely say this is one load-bearing lineup.

So that Australian audiences can get the best out of this new live show, DZ Deathrays will be trying it out on some of the harshest critics north of the equator. They’ll be playing SXSW in Austin, Texas and then heading over to the UK to be national tour support for Blood Red Shoes, as well as doing some sideshows with fellow support act Slaves. These tours come just in time for audiences who have been enjoying the second single from the new record, 'Gina Works At Hearts'. The song has already had a huge reaction, having received BBC1 plays with Huw Stephens and Zane Lowe, as well as a Spin Magazine premiere and NME On Repeat.
Tickets On Sale Now!