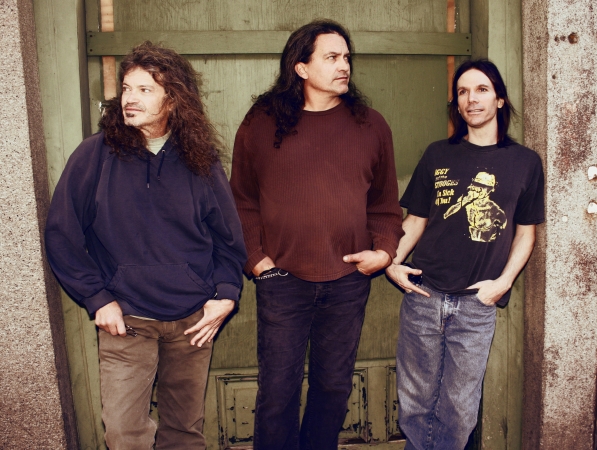 Original. Influential. Uncompromising. Unpredictable. Not very many rock bands warrant being linked to such descriptions, but the MEAT PUPPETS certainly do - and the band are finally set to return to Australia for their first live shows in over 20 years! Meat Puppets will headline shows in Adelaide, Brisbane and Perth. The tour will also include a headline performance at CherryRock 14, held in Melbourne's iconic AC/DC Lane and for the first time, in Sydney at The Factory.

With a career that has spanned four decades, the Meat Puppets have witnessed countless musical movements and fads come and go, but despite it all, have stuck to their guns and retained a dedicated fan base. Along the way, the Puppets have made admirers out of some of rock's most renowned names - most obviously Kurt Cobain, who personally invited the Puppets to appear on Nirvana's classic performance, MTV Unplugged in New York - and have amassed a canon of timeless songs 'Plateau', 'Lake of Fire', 'Up on the Sun', 'Backwater' etc.).

Throughout 2013, the Meat Puppets relentlessly toured in support of their acclaimed album 'Rat Farm', continuing "to render sounds that swirl and dissolve into something deceptively and gloriously American" (Austin Chronicle). Since 1981, the Meat Puppets have been crafting their sun-drenched, cosmic country and punk rock. With classic albums like 'Meat Puppets II', 'Up on the Sun', and 'Too High to Die', the band has acquired a diehard group of admirers including some of rock's most renowned artists (Nirvana, Pavement, Soundgarden). Following the reunion of Curt and Cris Kirkwood, and the 2012 release of the band's biography Too High to Die: Meet the Meat Puppets, the band's iconic status seems assured.

"Like Dinosaur Jr., here's another band right in the middle of an extraordinary post-reunion second wind. 'Rat Farm' is everything you'd want from a Meat Puppets album, and possibly the best late-career starting point for a beginner." BMA Magazine