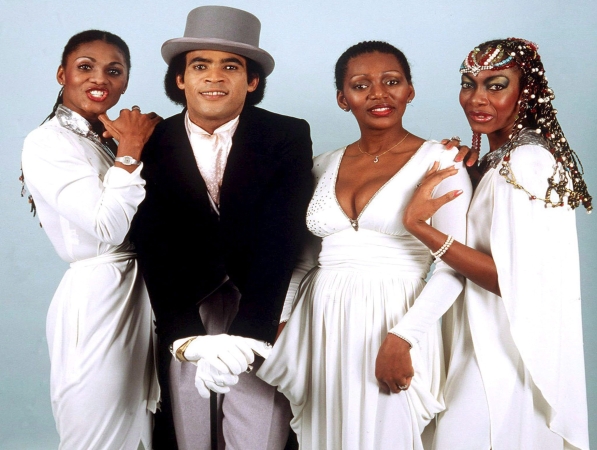 The statistics are phenomenal - BONEY M have sold over 159 million CD's worldwide garnering 18 Platinum and 15 Gold Albums and over 200 Gold and Platinum Singles and they are making their way to Australia in June 2014, proudly presented by Abstract Entertainment and Metropolis Touring. Boney M is still fondly remembered by millions of fans worldwide.

Their insanely catchy songs mixed with the glitz and glamour of the disco era gave them an incredible run of chart success here in Australia and around the world. Boney M's hits include 'Daddy Cool', 'Ma Baker', 'Rivers Of Babylon', 'Brown Girl In The Ring', 'Sunny', 'Rasputin' and 'Painter Man'. Boney M's chart domination continued with 3 more Top 40 Australian singles - 'Mary Boy's Child', the yuletide classic 'Hooray! Hooray! It's a Holi-Holiday' and 'Gotta Go Home' (later sampled in Duck Sauce's 'Barbra Streisand') making them the most iconic European disco act of the era.

Always fun and perfect for the dance floor, Boney M are one of the most beloved bands to emerge from that era. Their Australian tour will deliver some crowd stopping shows that you do not want to miss as you bring the past to the present!
Tickets On Sale March 4th!