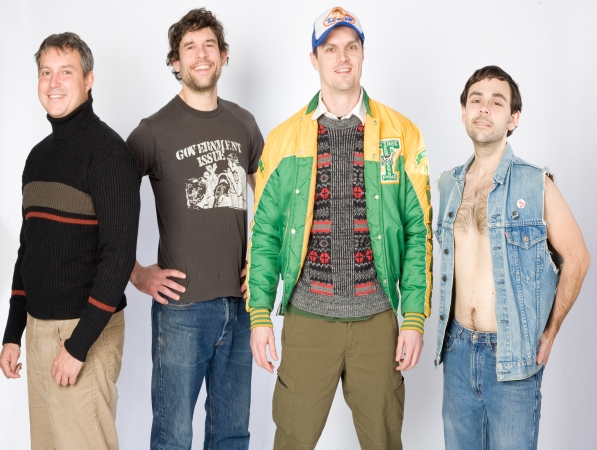 Touring Australia for the first time since the brutal 'Failed States' album was released in 2012, Propagandhi bring their celebrated and feared combination of punk rock and melodic hardcore to ten shows in nine cities this May/June!

Their first release on Epitaph Records, 'Failed States' willfully careens between brazen metallic tendencies and the ragged punk rock roots of Propagandhi's earlier work, further raising the lyrical and musical bar set by their critically-acclaimed 2009 release, Supporting Caste'. One of the band's most forward thinking and musically varied albums to date, 'Failed States' reaffirms the Canadian four piece as not only one of the most consistently innovative bands musically, but as a damning voice in socio-political affairs.

"Our goal is always to create a no-holds-barred, forward-thinking, tip-of-the-hat to the giants - Voivod, Rush, NoMeansNo, SNFU, Sacrifice, Razor, Guilt Parade - that have gone before us," says vocalist and guitarist, Jesus H. Chris. "We are in their debt and take the mission seriously. Even when we're singing about liking Kurt Russell as Captain Ron, we take the mission seriously. 'Failed States' is our most formidable - and to me personally, our most surprising - attempt at conjuring the numinous from the quotidian. Yes, I had to look those words up."
Tickets On Sale February 28th!