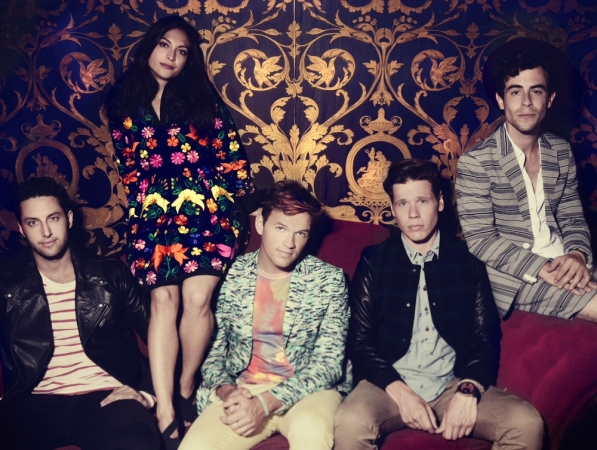 Take every good vibe and synth rhythm from the 1980s, mix them into a huge, soaring anthem, then cram them into a sweaty club show, and what you're left with is a monstrously fun night with St. Lucia. This April sees the welcome return of synth pop hero St. Lucia for a handful of shows across the east coast.

This swift run of shows will start in Brisbane on Friday 4th April at The Zoo, Sydney's Oxford Art Factory on Sunday 6th April and The Corner Hotel in Melbourne on Tuesday 8th April.

After releasing two critically lauded EPs, St Lucia finally capitalized on the tidal wave of hype by dropping debut album 'When The Nights' in late 2013 through NYC taste-makers, Neon Gold. The synth-pop outfit's first full-length expands upon St. Lucia's unique brand of dreamy, nostalgic pop. The band recently embarked on a headline tour of the US, selling out all 23 shows (including 4 shows in New York City). And this spring, St. Lucia will serve as direct support on Foster The People's April/May tour.

Originally from Johannesburg, South Africa, Jean-Philip Grobler grew up performing with the Drakensberg Boys Choir School, learning everything from Bach to minimalist opera. St. Lucia was born out of a moment in early 2010 when Grobler was looking to the past for inspiration. Growing frustrated with a rock project that was starting to feel forced, he delved back into the music that had first inspired him: Fleetwood Mac, Peter Gabriel, Madonna and other songs from his youth.

Grobler remains heavily involved in projects outside of St. Lucia, serving as producer for the debut album by Brooklyn-based label-mates HAERTS, remixing songs for bands including Passion Pit, Foster the People and Charli XCX, and collaborating with DJs ranging from The Knocks to RAC. St. Lucia has recently toured with Ellie Goulding and Charli XCX, performed at festivals including Lollapalooza, Governors Ball and Firefly, not to mention shared stages with fun, Two Door Cinema Club, Young The Giant, The Shins and more.

Joining St. Lucia on this run of shows is Sydney indie five-piece, The Griswolds. They've had a jet setting 12 months since the release of their break-out 'Heart Of A Lion' debut EP in 2012, recently appearing on festival lineups and tours in the USA, UK, Europe and Australia, and signing a world-wide deal with Windup Records out of New York City. The band are currently in their LA recording studio with Tony Hoffer (The Kooks, Beck, M83), and will release the debut single from their forthcoming LP in April, before heading back to the US and Europe over the northern hemisphere summer.

Through a swirling passage of superbly crafted melodies, chirpy synths and guitar lines, St. Lucia reveals a live experience that's romantic, catchy and surprisingly sophisticated. But more than anything it's a whole lot of fun.
Tickets On Sale February 14th!