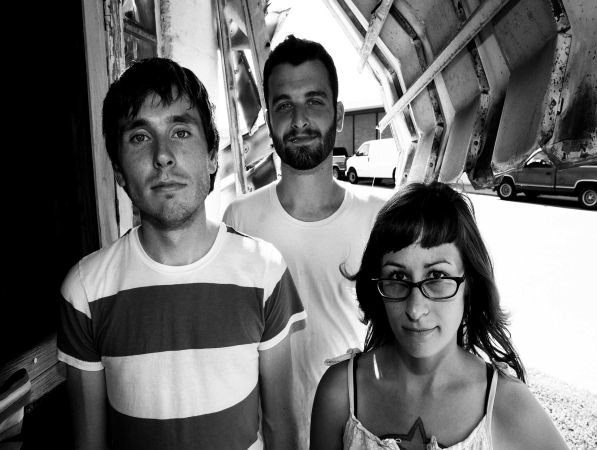 It wouldn't be wrong to believe that melodic, sugary, indie-pop anthems would be out of place at a punk rock show. In fact, they would obviously stand out like a sore thumb. However, LEMURIA have seamlessly managed to blur the lines between the soft and melodic and the fast and tough by mixing all the right ingredients. Catchy hooks, sweetheart vocals, odd time signatures and discordant notes are all cleverly beated together leaving the listener asking politely for more.

The trio from Buffalo, NY will be hitting our shores this coming January / February in their first Australian tour. Along for the ride will be Melbourne's own KISSING BOOTH.

With a swag of 7-inches, two studio albums and a steadfast DIY touring ethic Lemuria can make home anywhere. This translates to making the audience at feel comfortable, and at home the moment they take to instruments. The 2013 release 'The Distance Is So Big' has received critical acclaim from critics and fans alike and is notably the album that sees the band grow from being that really awkward teenager to a mature, creative young adult.

Hailing from Melbourne, KISSING BOOTH are four friends intent on making music together and sharing that fun with everyone. Being children of the 90's the band release their debut, self-titled, 4-track EP on cassette tape through Midnight Funeral Music in 2013. The EP throws back to their influences while capturing the bands unique and heartfelt song writing and delivery
Tickets On Sale Now!