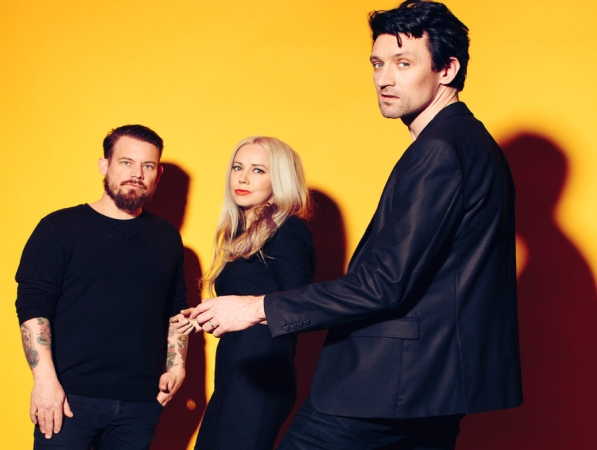 New Years Eve at The Espy has been a long running tradition. A St Kilda sunset, packed stage, beer in hand, looking for that countdown kiss... Celebrate the birth of 2014 with some of Melbourne's finest and most loved rock legends - Something For Kate, Bodyjar, Dallas Crane, Kingswood, The Basics and The Delta Riggs!

A band that needs no introduction! SOMETHING FOR KATE have been around the traps since 1994 and are a Melbourne based three piece comprising of singer/songwriter/guitarist, Paul Dempsey, bass player, Stephanie Ashworth & drummer, Clint Hyndman. Something For Kate have had a killer year after releasing their number one Aria chart album 'Leave Your Soul to Science' late 2012, selling out two National Tours and recently receiving a V Music '13 nomination. The Espy welcomes back Something For Kate in a rare live three-piece form.

Longevity. Not a word that can be aligned with many bands these days, but one that can certainly be applied to Aussie punk legends BODYJAR. For nearly 20 years, the band has consolidated their wild following with relentless touring and blistering high energy live shows making Bodyjar one of the most respected punk bands in the world. Returning from hiatus, the band is back with brand new album 'Role Model' (out 18 Oct) which will leave no doubt in fan's minds that Bodyjar still have it after all of these years.

You heard it right folks, the mighty DALLAS CRANE are back in town! Album number five is underway and there's the brand new single 'I'm Sorry Darlin' to prove it. After forging a reputation as one of the country's finest rock acts, the much-loved Dallas Crane decided there's plenty more in the tank. With their awesome live show boasting a swagger of widely touted 'Australian classics', Dallas Crane will be a welcome return to a national scene that has waited far too long for their gutsy leather-on-denim delivery! The band will be making their official LIVE comeback at the Espy NYE party, revisiting their famous old stomping ground.

As one of Australia's most promising new indie rock outfits, 2013 has seen KINGSWOOD release their 4th single 'Ohio' to critical acclaim along with the 'Change of Heart' EP, a National Tour with Oz rock legends Grinspoon and a support slot with international heavyweights Aerosmith. The Melbourne lads have a busy summer ahead of them with a spot at Big Day Out wrapping up their forthcoming album and of course, kicking out the jams at the Espy!

After three years in the wilderness, cult heroes THE BASICS returned to the stage in Sept/Oct for their 'Ingredients & Leftovers Tour 2013' and single release 'So Hard For You' which showcased their gritty live sound. The band's career has spanned well over a decade, outlasting most of their contemporaries, and giving us four studio albums with tracks featured in hit US TV shows, earning the band a global cult following. To round off the year, the trio are returning to the Espy with their cracker live show.

THE DELTA RIGGS have been enjoying a sharp upward spiral in perception, audience numbers and media coverage since the release of their album and stellar single 'America' around Australia. The Delta Riggs will thrash about the stage with their psych sounds and rock and roll antics, ripping The Espy apart in last hours of 2013.
Tickets On Sale Now!