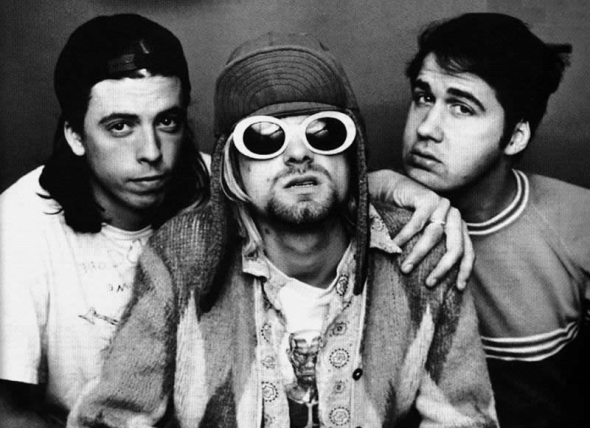 Rock legends to most, Nirvana, KISS, Peter Gabriel, Cat Stevens, Linda Ronstadt, as well as a raft of others, including The E Street Band, have been knighted as such by the old guard, officially announced as the newest inductees to the Rock and Roll Hall Of Fame for the class of 2014.

In October, the Rock Hall announced their longlist of nominees for 2014 induction, selecting names such as Yes, LL Cool J, N.W.A., and The Replacements. The list was then voted on by the Hall's 600 members, as well as being subject to an online public vote via the Hall's official website.

Artists are eligible for induction 25 years after the release of their first album or single, with Nirvana, who released their debut single, 'Love Buzz' in 1988, entering the Rock Hall in their first year of eligibility, which comes as little surprise to Hall President and CEO Joel Peresman.

"That's really no surprise to me," Peresman told Rolling Stone. "People see the relevancy of that band." Regarding a possible reunion performance, he said, "We're just getting into the creative of the show, so I don't know what's going to happen with that performance. They have to figure it out."

Soft rock duo Hall and Oates, known for '80s hits such as 'You Make My Dreams', are also Class of 2014 inductees, with The Rolling Stones' original manager Andrew Loog Oldham and legendary Beatles manager Brian Epstein to each receive the Ahmet Ertegun Award for non-performers.

Peter Gabriel was previously inducted in 2010 as part of Genesis. KISS have been eligible for the past 15 years but have only now been inducted, previously telling RS, "We've been thinking about it and the answer is simply, 'We'll just buy it and fire everybody.'"

The 2014 induction ceremony will be the first to be held in an arena, making it the biggest ceremony in the institution's history, as well as the first time the event is open to the general public. It will be held at Brooklyn's Barclays Center on 10th April, to be aired on HBO in May.

The surviving members of Nirvana have expressed delight at the news of the band's induction into the Rock Hall, with a statement from now-Foo Fighters frontman Dave Grohl saying:

"For once... I'm speechless... From the basements, to the dingy clubs, to the broken down vans, to... the Rock and Roll Hall of Fame. I'd like to thank the committee not only for this induction, but also for recognizing Nirvana for what we were: pure rock and roll. Most of all, thank you to all of the fans that have supported rock and roll throughout the years, and to Kurt and Krist, without whom I would not be here today."

"This is a great honor," added former bassist and now advocate for US electoral reform, Krist Novoselic. "Thank you to the people who nominated and voted for us. Thank you most of all to Kurt Cobain. And to everyone who's kept Rock music going strong for 60 years and counting."