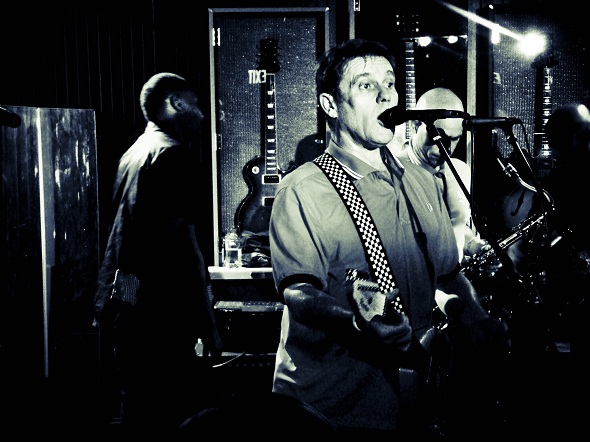 Due to the overwhelming success of their first ever tour of Australia in 2012, ska forefathers, THE ENGLISH BEAT lead by Dave Wakeling and his all-star posse, are coming back for a repeat skanking session next May!

Charging onto the scene as 'the hottest thing since the Pennsylvania meltdown' in 1979, Birmingham's Ska Kings sustained an equally explosive career, spearheading the British Ska movement alongside influential acts like The Specials, Madness, Bad Manners and The Selecter. Their sound is a cosmic blend of ska, punk and reggae. Hypnotic, rhythmic and danceable while remaining politically aware and socially active.

The current US-based incarnation boasts a setlist jam packed with fan favourites - 'Mirror In the Bathroom', 'Save It For Later', 'Too Nice to Talk To', 'Stand Down Margaret', 'Hands Off She's Mine', 'I Confess' and their 2Tone Records debut, a skankin' cover of Smokey Robinson's classic, 'Tears Of A Clown' to name a few!

If last visit's Sold Out shows in Brisbane, Perth and Sydney are anything to go by, there is no need to think twice - tickets will go fast, because The English Beat is very much alive, kicking and more infectious than ever!!

"Dave Wakeling and his posse doled out the sweetness and ska everyone had come for." Tone Deaf