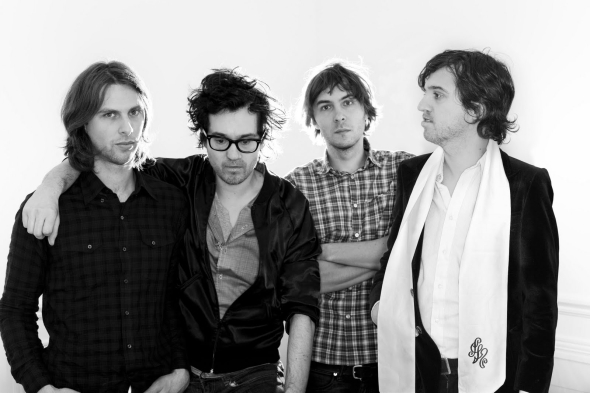 Fans of Grammy Award-wining French pop ensemble Phoenix were delighted when the quintet were announced as one of the headliners of Future Music Festival 2014 and now the 'Lisztomania' hit-makers have announced two special All Ages sideshows in Sydney and Melbourne.

The band's latest album, 'Bankrupt!', the follow-up to their 2009 smash 'Wolfgang Amadeus Phoenix', was released back in April. Besides being the band's most experimental effort yet, it has so far yielded two mega singles in the forms of 'Entertainment' and 'Trying To Be Cool'.

With ties to Daft Punk and Cassius, Phoenix are one of France's premiere pop acts. Their live shows are lauded for being lively celebrations of music and good times, with the ever-dynamic band often delivering career-spanning set-lists.

Riding a wave of critical acclaim, the band will be kicking off a short run of Australian shows at Sydney's Hordern Pavilion on Wednesday, 5th March, before a show at Melbourne's Festival Hall the following evening. Joining Phoenix will be Aussie electro-pop youngsters World's End Press.