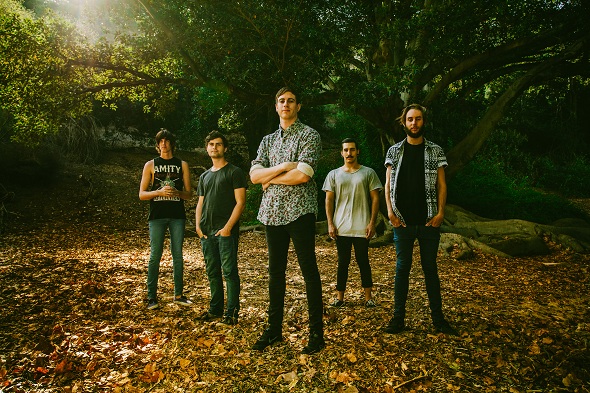 IN HEARTS WAKE have unveiled three weeks of regional dates with good friends and label mates HAND OF MERCY & HELLIONS in tow. The extensive run, scheduled for summer 2014, embodies IN HEARTS WAKE's continuous endeavor to reach new audiences. These dates will see the guys surpass 100 live shows, between Australia, New Zealand, the UK and Europe, since the August 2012 release of their sophomore album 'Divination'.

The Skydancer Tour is part of a new chapter for the Byron Bay group, having launched a single of the same name last month as part of a groundbreaking project. The project demanded the attention and respect of the entire industry with it's focus to raise awareness and much needed funds for the less fortunate, as well as highlighting the importance of the human connection with nature. Using the 'Skydancer' single as a tool, the group was able to raise money for three grassroots not for profit organisations based across different continents - giving the band the ability not only to support local organisations, but also to make an impact to a global audience, spreading their message of positivity.

This summer is the chance for IN HEARTS WAKE to reach out to new audiences as well as return to the regional fans that have supported the group since day one.

Vocalist Jake Taylor explains: "The Skydancer tour is a fantastic opportunity for us to travel off the beaten track into regional Australia. The remote towns we're playing don't usually get many shows so we'll be making new ground. Ticket prices will be low and the venues will be small, close, intimate and personal... it's going to be fun, just how hardcore's meant to be!"

Joining IN HEARTS WAKE are Sydney locals HAND OF MERCY who will hit the ground running after completing the 'Never Say Die! Tour' throughout Europe / UK and Vans Warped Tour in Australia. HELLIONS, also IN HEARTS WAKE's close friends will add their flavor of hardcore to the mix - another up and coming act showing an immense amount of promise.