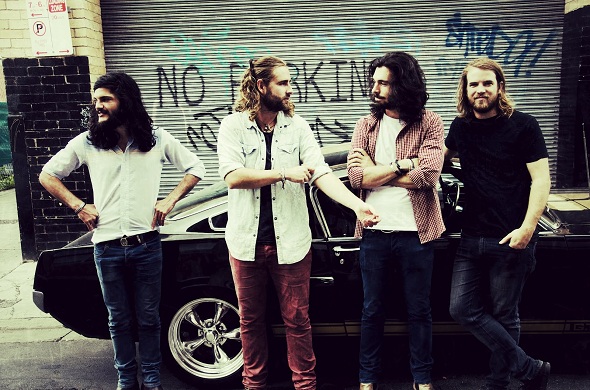 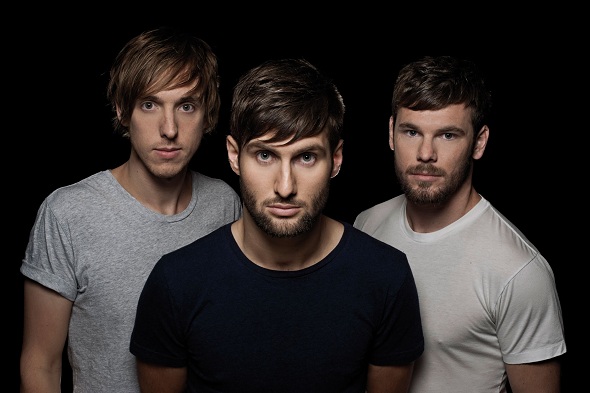 KINGSWOOD and CALLING ALL CARS are stoked to announce the Life's A Beach Tour 2014, rolling into a salty destination near you soon. Once Christmas is over, the days are long and the evenings balmy. Throw in two of Australia's hottest rock n roll bands in the best beachy beer barns our wide flat brown land has to offer and you have a long, loud hot summer night to remember.

Excited to be home after a stint in the US, KINGSWOOD head straight back on the road with new single 'Sucker Punch' in hand. Flying in from a studio in Nashville, gritty indie rock four piece from Melbourne, KINGSWOOD have been finishing off their long awaited debut LP. Recorded in Nashville with esteemed producer Vance Powell (Jack White, Arctic Monkeys, Kings of Leon) the album is set for release in early 2014. This will be your last chance to see KINGSWOOD in smaller, louder venues before they head out on the national Big Day Out tour through January and February.

2013 has seen KINGSWOOD release single 'Ohio' to critical acclaim along with the 'Change of Heart Deluxe' EP, debuting at #3 on the AiR 100% Album chart it sat in the Top 20 for 26 weeks. Not to mention touring with Oz rock legends Grinspoon, supporting international heavy weights Aerosmith, creating the short film 'Some Motherfucker's Gotta Pay' and being nominated for an AiR Award for Best Hard Rock Album.

CALLING ALL CARS have just launched the video clip for latest single 'Werewolves'. The track has exploded at radio, sitting amongst the most played tracks on triple j throughout October. Produced by Steve Schram (Little Birdy, The Vasco Era, Eagle & The Worm) and Tom Larkin (Bodyjar, Shihad), the track was also mixed by the Grammy-award winning Tchad Blake (Pearl Jam, The Black Keys and Peter Gabriel). The first taste of the yet to be named third album from CALLING ALL CARS, 'Werewolves" is out now via Cooking Vinyl Australia, with the album set for a 2014 release.

Previous albums, 2010's 'Hold, Hold, Fire' and 2011's 'Dancing With A Dead Man', have led CALLING ALL CARS to a massive list of achievements. Launching with a #20 ARIA Album Chart debut, 'Dancing With A Dead Man' also picked up a pair of nominations at the AiR Awards for Best Rock Album and APRA Song of the Year (for lead single 'Reptile') and a Feature Album on triple j. Not to mention supporting the cream of the rock crop in a star-swollen list that includes AC/DC, Queens of The Stone Age, Foo Fighters, Green Day and Biffy Clyro as well as appearing regularly at many Australian festivals and touring with the Big Day Out in 2012.

From January 4th She Rex join the tour that kicks off 27th December from San Remo.