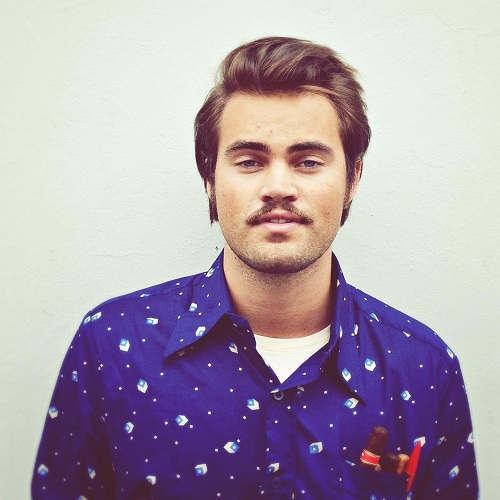 I spy with my little eye... MIKHAEL PASKALEV. The charismatic Scandinavian has already charmed his way throughout his native homeland and now it's Australia's turn to fall under his spell. As far as first impressions go, 'I Spy' hits right on target; playful, flirtatious and fun, ramshackle and raucous - just like its leading man. Albeit just beginning, the young Norwegian/Bulgarian's success story kicks off with a platinum-selling smash hit in Norway for 'I Spy' - his first ever single - and a national award for Best Unsigned Act. What followed was Mikhael's formal debut into cyber society, armed with nothing but his trusty Y-fronts, and some of the best legs in the business. Scandinavia's best-kept secret is out, and you're all invited to the party!