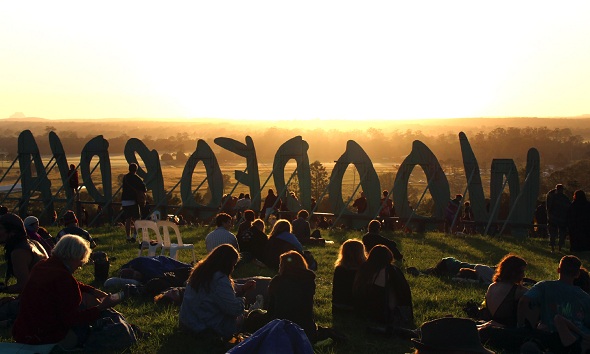 Within the festival village you can find 36 performance venues, of which 18 are all weather. The festival streets are lined with restaurants, cafes, stalls, bars, street theatre and parades. Tree-filled campgrounds, butterfly walks, ponds and wildlife complete the picturesque site.

The festival appeals to a diverse audience with all ages and many nationalities attracted each year. The event is powered by an army of volunteers whose numbers are now in excess of 2300.

The festival is a place you can escape from 'reality' and immerse yourself in cultures from near and far. It is a place where artists inspire, community spirit engulfs and life memories are made