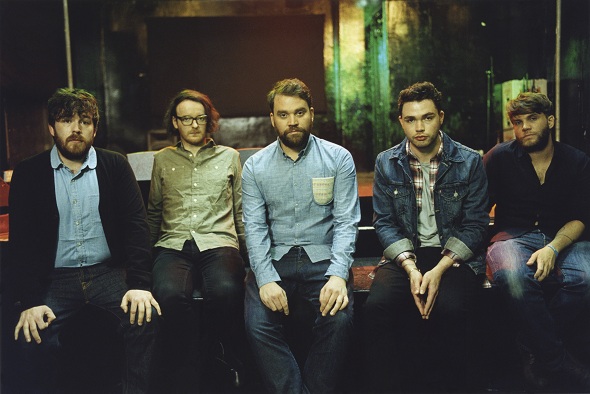 Frightened Rabbit visited Australia for a national tour earlier this year off the back of their Pedestrian Verse album, playing Groovin' The Moo Festivals and a run of sold-out east coast sideshows. Having recently been announced as part of Laneway Festivals 2014 line-up, Frightened Rabbit are pleased to confirm headline shows in Sydney and Melbourne.

Frightened Rabbit side-shows will take place at The Palace in Melbourne on Wednesday 5th February and at Metro Theatre in Sydney on Thursday 6th February. Pedestrian Verse, which was a Top 10 hit on the UK Album Chart followed on from 2010's The Winter of Mixed Drinks album, which featured the singles 'Swim Until You Can't See Land' and 'Nothing Like You', as well as a pair of EPs including last year's State Hospital.

Frightened Rabbit are proving to be a firm favourite with Australian audiences having previously performed at Woodford Folk, Pyramid Rock, Peats Ridge, Splendour in the Grass and GTM festivals.

This Scottish indie-rock five piece are embraced for their exceptional energetic live performances. Audiences can rejoice in a night full of anthemic sing-alongs to heart-on-sleeve gems that relate to everyone.

"Most of their songs - with themes of escape, freedom and reinvention - have huge impassioned choruses that are made to be shouted from the nearest available mountain." The Guardian.

"This is how you do Life Affirming" NME