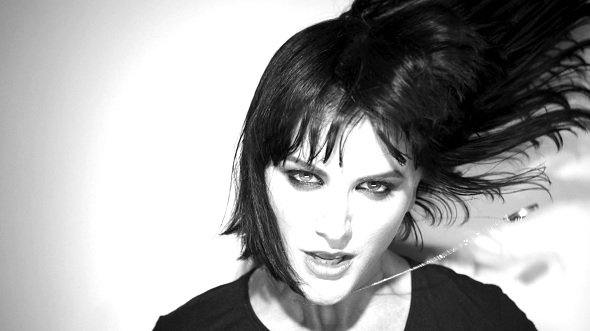 2013 has been a watershed for Perth's Abbe May. Her album "Kiss My Apocalypse" was released to critical acclaim, she signed with prestigious publisher Alberts, went viral with her cover of Ginuwine's Pony from triple j's Like a Version and has rounded the year off with a nomination for Best Female at the upcoming ARIA Awards.

To celebrate, she's hitting the road again and has dropped a fourth single from her album, pairing fan-favourite "Perth Girls" with brand new track Total Control in a double A-side. The latter is a new take on the Motels' Aussie 80s classic and been given what May calls a "Robot Reggae" treatment. The song was the inspiration for her departure from her earlier hard rock leanings to a more melodic solo delivery of her music, so it's a fitting bookend to the "Kiss My Apocalypse" project.

The album has broken new ground for Abbe May, not only creating a new market of crossover pop lovers, but also unveiling a new direction for her killer live show.

May will visit Sydney and Melbourne on her Perth Girls / Pony Tour before closing out the year with some home state shows in Perth and Bunbury.