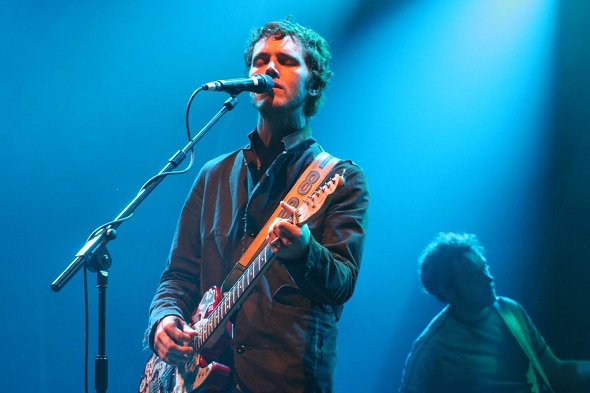 No stranger to Australian audiences, having toured many times as guitarist/singer for acclaimed British rock band Gomez, Ian Ball and Love Police announce an extensive national solo tour to celebrate the release of his second album, Unfold Yourself.

In Gomez, Ian penned some of their most beloved tunes, including 'Whippin' Piccadilly,' 'Get Myself Arrested,' 'In Our Gun' and 'Notice'. After a year of touring with the band came to a close, he bunkered down in his adopted hometown of Los Angeles to work on the new solo offering, the follow up to his 11-track opus, Who Goes There. On first single 'Open Sesame', Ball delivers a more synth heavy pop sound than his previous work, whilst still brim with his trademark boyish vocals and charming melodies.

Catch Ian Ball live in intimate settings nationally this November where he'll be playing songs from his solo offerings plus sing-along hits from his Gomez catalogue.

Unfold Yourself is released locally through Stop Start on November 15, 2013, featuring 6 instrumental tracks exclusive to Australia.