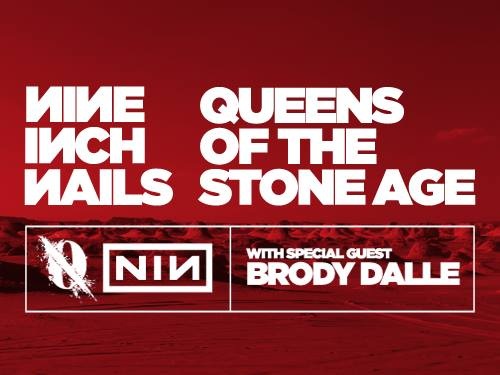 The first headline band on stage will be decided each night by the toss of a coin, so ticket holders will want to make sure they are ready from the minute doors open. The eight date run is set to begin at the Sydney Entertainment Centre on 6 March, 2014 and continue on visiting Newcastle, Perth, Adelaide, Melbourne, Brisbane, Auckland and Christchurch. The tour's promoter, Frontier Touring, will run a NIN.com/QOTSA.com presale designed to get the best tickets in the hands of fans at reasonable prices - full presale details to be added to http://qotsa.com/ shortly.

GENERAL PUBLIC ON SALES begin Thursday, 24 October at 9:00 AM local time to venue.