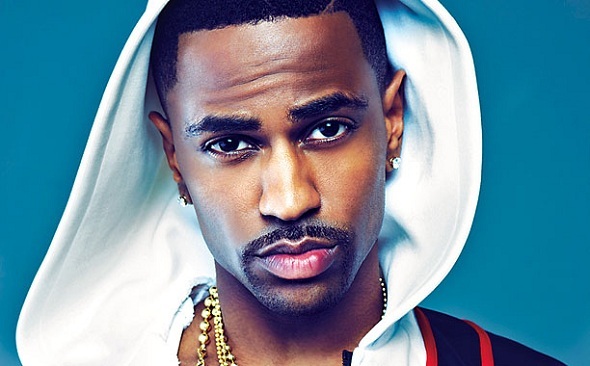 Niche and Live Nation presents one of the most recognisable and versatile voices in rap: Detroit's own Big Sean. The 25 year old got the whole hip-hop world talking recently when he released the most exciting rap song to drop this year, "Control" featuring Kendrick Lamar and Jay Electronica. The track has been one of the biggest trending topics in hip-hop in years and sparked a healthy rivalry between MC's across the USA. The GOOD Music artist has steadily released some of the biggest club bangers of the last 3 years including "Clique", "Dance (A$$)", "Guap", "Beware" and "Mercy", and now with the recent release of his sophomore album "Hall Of Fame", Big Sean returns to Australia for his first run of solo shows.

Big Sean's career has exploded in the last 2 years since the release of his debut album 'Finally Famous' and his latest release "Hall of Fame". In addition to being recognized by GQ Magazine as 2012's 'Hottest Rookie' and picking up honours at the 2012 BET Awards for 'Best New Artist,' Sean most recently received double Grammy nominations for his collaboration with mentor Kanye West for "Mercy" which also featured G.O.O.D. Music / Def Jam label mate Pusha T and 2 Chainz.

With over 2.9 million Facebook fans to date, over 3.9 million Twitter followers, over 85,000 YouTube subscribers, and more than 46 million YouTube views worldwide, the Detroit MC has been in overdrive since 2007, when his Finally Famous: The Mixtape was first issued, followed by Finally Famous Vol. 2: UKNOWBIGSEAN (2009), Finally Famous Vol. 3: BIG (2010) and most recently Detroit (2012) which was certified "Diamond" by host DatPiff, with over 1.6 million downloads.

2012 saw the release of the GOOD Music compilation "Cruel Summer" which saw Big Sean appear on two of the hottest tracks off the album, "Clique" featuring Jay Z and Kanye West, and the Grammy nominated "Mercy" featuring Kanye West, Pusha T and 2 Chainz.

His sophomore album "Hall Of Fame" was one of the most highly anticipated releases of the year, and didn't disappoint debuting at #1 on the Billboard Chart. Recorded primarily with legendary hip-hop producer No I.D. (Kanye West and Jay Z) and his childhood friend turned producer, Ken Wane, the album features the hit singles "Guap" and "Beware" and has appearances by Lil Wayne, Nas, Meek Mill and 2 Chainz.

Don't miss the essence of Detroit, Big Sean on his first solo tour of Australia!