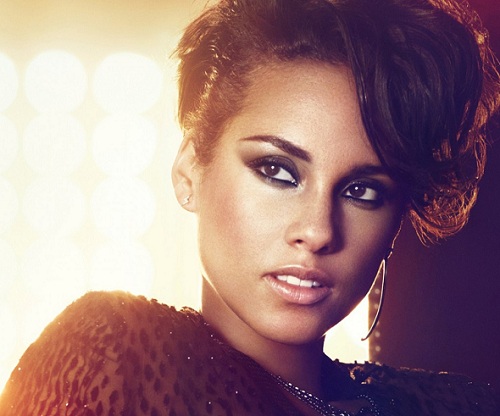 Both Grammy Award winning artists will bring their full bands to perform arena shows in Perth, Adelaide, Melbourne, Sydney and Brisbane, and winery shows at Hope Estate in the Hunter Valley and Rochford Wines in Victoria's Yarra Valley. Australia marks the final leg of Keys' Set the World on Fire world tour.

Keys, whose prominent profile piece aired Sunday night on 60 Minutes, has been performing on a global stage since the international spotlight locked onto a 20-year-old Alicia Keys with the 2001 release of her debut album 'Songs In A Minor'. Lead by the massive #1 hit single 'Fallin'', the album debuted at #1 on the Billboard charts, going on to sell in excess of ten millions copies worldwide and garner five Grammy Awards.

This success was further cemented by subsequent album releases 'The Diary of Alicia Keys', 'As I Am', 'The Element of Freedom'; and hit singles 'No One', 'If I Ain't Got You', 'Superwoman', 'You Don't Know My Name', 'Empire State of Mind' and more.

Lifted from the album, the release of single 'Fire We Make', a duet with Maxwell, allowed Alicia to become the first artist to top Billboard's Adult R&B chart ten times, tallying a collective 80 weeks spent at #1 since her first chart-topper in 2001.

Alicia Keys also holds the record as the first female R&B artist to have three consecutive #1 albums debuts on the Billboard 200 album chart.

Special guest at all shows will be the soulful and sensual, nine-time Grammy Award winner, John Legend and his band.

Since releasing his 2004 debut album, the critically acclaimed Billboard #1 'Get Lifted', which featured the hit single 'Ordinary People', singer-songwriter Legend has sold more than seven million albums worldwide, won three Soul Train Awards, the BET Award for Best New Artist and the special Starlight Award from the Songwriters Hall of Fame, in addition to his multiple Grammy wins.

Legend followed up in 2006 with the platinum-selling album 'Once Again', featuring collaborations with Kanye West, will.i.am and Raphael Saadiq; 2008 brought 'Evolver', led by the hit single 'Green Light' featuring Andre 3000; and 2010 delivered a collaboration with The Roots, 'Wake Up!', which won the Grammy for Best R&B Album.

Last week John Legend gave us his highly anticipated fourth studio album, 'Love In The Future' (through Sony Music Australia). Debuting in the top 5 of the iTunes chart, the album features stand out singles 'Who Do We Think We Are' and 'Made To Love'.