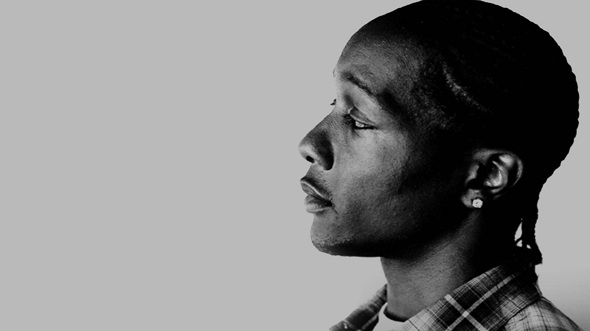 DJ Quik and Kurupt now come to Australia for the first time together as part of the inaugural "West Coast Icons Tour", a fitting name for two of the West Coast's most recognisable, and important, figures.

The resurgence of West Coast hip hop in recent times has seen a new breed of artists enjoying critical acclaim and commercial success. The current poster boy of that success, Kendrick Lamar, seeks to return to the roots of the West Coast sound on his next album and says that he wants to, "bring that original sound that people have been missing from the West Coast for a while."

To do so, he wants to work with legendary Compton rapper and producer, DJ Quik who will forever be identified with the West Coast for creating an instantly recognisable sound that fuses funk, r&b, soul and everything in between. Such is Quik's influence, LA Weekly has recently qualified him (August 2013) as the Number 1 West Coast producer in the history of hip hop ahead of Dr Dre, DJ Muggs and The Alchemist.

With eight albums to his name and production work with a who's who of the R&B and Hip Hop world including 2Pac, Toni Tony Tone, Nate Dogg, Jay-Z, Snoop Dogg and Dr. Dre to his credit, DJ Quik stands as one of hip-hop's most consistent artists, producers and musicians. To his credit he has over 100 million sound scanned recordings and has remained as a main stay in hip hop and R&B circles for over two decades.

He continued to mix his legendary beat crafting and witty lyricism with his 2012 release, The Book of David, an album that, gave listeners an insightful and candid peek into the man behind the music.

As one of Quik's long time collaborators (they released the acclaimed album "Blaqkout" together in 2009), Kurupt, is also one of the most recognisable and important figures in West Coast hip hop history. An integral part of the Death Row Records family, Kurupt (aka Young Gotti) is known as one half of Tha Dogg Pound with Daz Dilinger who, as a duo, has released 7 studio albums since 1995 with an impeding release, "Alumni" scheduled for late 2013. As a Grammy nominated solo artist, Kurupt has released 6 studio albums and enjoyed a stream of commercial hits and collaborations with everyone from The Gap Band, Gangstarr, Jodeci, Dr Dre, Tyrese, Snoop Dogg and Lil Wayne, not to mention a filmography that has seen him appear in over 25 films.

Constant touring by both DJ Quik and Kurupt have seen them remain at the forefront of live hip hop. Their chemistry on "Blaqkout" was evident and the duo are said to be currently working on a new "Blaqkout" release.

In what is set to please not only hip hop fans, but music fans in general, DJ Quik and Kurupt now come to Australia for the first time together as part of the inaugural "West Coast Icons Tour", a fitting name for two of the West Coast's most recognisable, and important, figures.

With hours of hits amongst them, and together, and a dynamic energetic live show full of West Coast bravado, this show will be reflective of the legacy of two illustrious careers and one of the hip hop shows of the year.