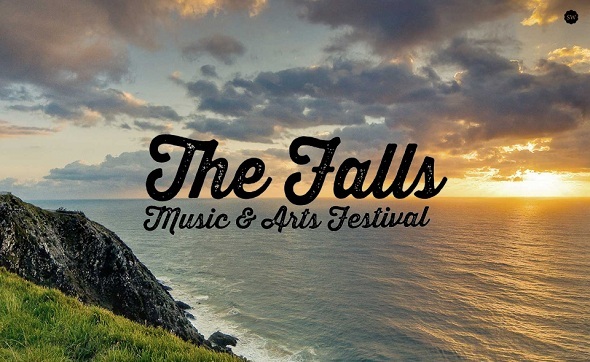 The Falls Festival 2013 lineup is expanding with the addition of a second round of acts to the already huge list of bands headed to the annual New Year's arts and music festival.

This year's edition is thrice as nice, as Falls expands to Bryon Bay for the first time ever, adding to its regular legs at Lorne in Victoria and Marion Bay in Tasmania, which have been running for 20 years and 10 years respectively.

Ten new acts have been added to the Falls Festival 2013 lineup, playing along with the likes of headliners Vampire Weekend, Grizzly Bear, The Roots.

Not all the additions are local however; co-songwriter and guitarist for The Smiths, part-time member of Modest Mouse, The Cribs, and The Pretenders, the one and only Johnny Marr has been added to the Falls Festival 2013 lineup. Playing in solo mode, following on from the release of his album The Messenger, but expect a few 'crowd favourites' amongst the guitarist's new material.

Philadelphia's hazy rock outfit The War On Drugs round out the second Fall Festival 2013 lineup announcement, arriving back in Australia for their first shows since playing Harvest 2012.

As well as taking place at the regular homes at Lorne and Marion Bay, this year's Falls Festival 2013 marks the festival's first ever appearance in Byron Bay; a move that comes as a result of last year's deal that saw Splendour In The Grass co-founders Jessica Ducrou and Paul Piticco buying into a partnership with Falls Festival.

The new partnership helped ease approval by the local Shire Council for Splendour In The Grass's new permanent home, securing a five-year trail to host three events at the Yelgun site - including Falls Festival - with a shift to new grounds promising more room for staging, less sound-bleed between stages, and extra space for camping and manoeuvring traffic at the picturesque parklands.

The full Falls Festival 2013 lineup will be playing all three legs of the festival, with more details and bands to come.