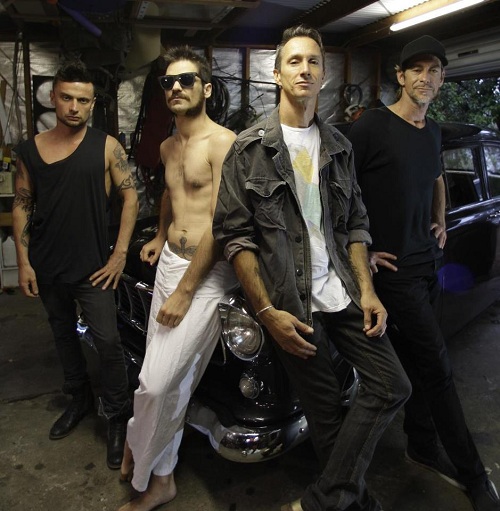 Australian Rock outfit THE NERVE set tongues wagging and stages alight when they stormed up and down the East Coast of Australia on their debut tour in June this year, with packed rooms and a sold out show in Sydney. The reviews are in, and speak for themselves:

"There's a freshness to The Nerve that exists irrespective of the resumes of its constituent members," Beat Magazine

Now Ezekiel Ox (Full Scale, Mammal, Over-Reactor), Lucius Borich (Cog, Floating Me), Davarj Thomas (Pre-Shrunk) and guitar virtuoso Glenn Proudfoot are back with the next single and film clip from the upcoming album "Audiodacity", and a brand new tour in November and December for their exploding national fan base. This tour will see the band taking their show to WA, SA, VIC, NSW and QLD.

The new track is called 'RESPECT' and is a blistering representation of what this band is capable of, and comes with a new music video that sees front-man Ezekiel Ox stalking the streets of Melbourne in trademark style.