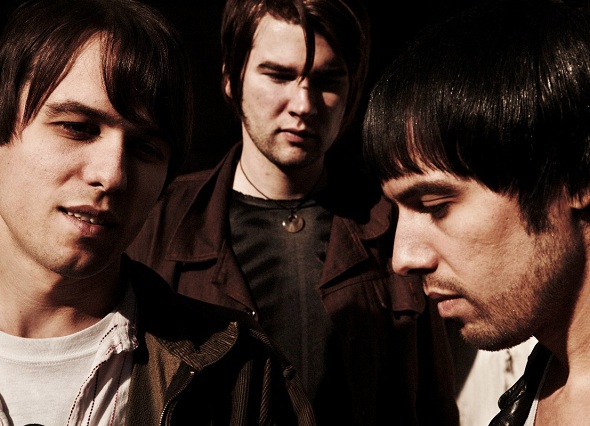 Surviving ten years as a band with a career that spans five album releases, extensive touring, major festival appearances, and a strong DIY aesthetic and approach to music, the UK's THE CRIBS are celebrating this milestone with a return visit to Australia this October.

Having graced Australian shores with appearances at Wisemens Ferry Playground Weekender and Pyramid Festival (more recently), The Cribs will embark on a 5-date national club tour, which will include their first ever visit to Newcastle, along with shows at Sydney's Beresford, Brisbane's The Zoo, Melbourne's Ding Dong Lounge and Perth's Rosemount.

Defined by their cynicism about the mainstream, and once described by the NME as "Your new favourite bands, new favourite band", The Cribs' colourful history has included a band line-up that boasted Johnny Marr of The Smiths/Modest Mouse. They have played with Foo Fighters, The Strokes, Arctic Monkeys, Franz Ferdinand and Death Cab For Cutie as well as playing some of the world's most prestigous festivals including Glastonbury, Lollapalooza, Fuji Rock and Reading Festival.

The band have had 7 consecutive UK Top 40 hits, including 'Hey Scenesters' and 'Our Bovine Public', and in 2012, the bands 10th anniversary year, they were honored with the 'Spirit of Independence' award at the annual Q Awards. Several months later, they received the prestigious 'Outstanding Contribution to Music' award at the annual NME Awards in London, UK.

The Cribs are twins, Ryan and Gary Jarman and their younger brother, Ross Jarman.