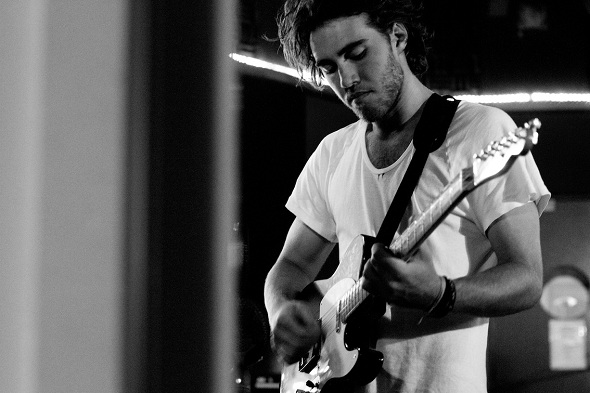 Fresh from his performance at Splendour In The Grass over the weekend, Matt Corby announces The Resolution" national Australian tour.

Matt will spend the month of October playing shows in cities across the country, including his biggest shows to date at Sydney's Hordern Pavilion and Melbourne's Festival Hall. Matt will also play his first headline shows in Canberra and Tasmania, as well as returning to Brisbane, Adelaide, Perth and Wollongong.

It has been a huge year for Matt. Having spent the first 4 months of the year holed up in a variety of apartments and studios in LA working on new material, Matt surprised fans in May by dropping into triple j to showcase the first track from his debut album set for release early next year. Resolution is now certified platinum with sales in excess of 100,000 copies. The Resolution EP, released worldwide in July, scored top ten iTunes charts in UK, Sweden and New Zealand as well as Australia (#2).

Matt recorded Resolution with producers Charlie Andrew (Alt-J) and Mocky (Feist, Peaches) and his live band. The Resolution EP, which also features new tracks 'Lay You Down' and 'Evangelist', is out now.

Before returning for Splendour In The Grass, Matt was on tour with his band in the UK and Europe, playing headline shows to sell-out crowds and festivals including Glastonbury, Blissfields, Barn on the Farm and Longitude & Latitude.

Matt now returns to the studio to finish his debut album before heading out on the The Resolution Tour in October.