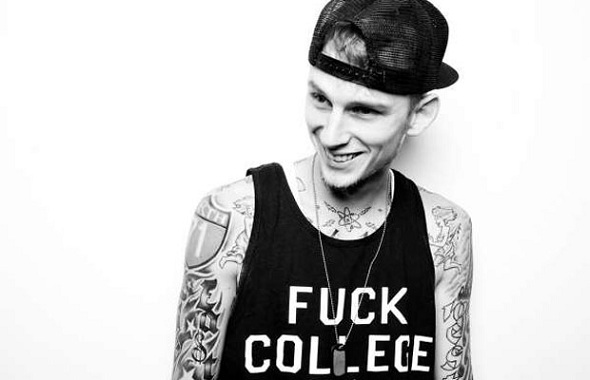 Ohio born rapper Machine Gun Kelly has announced his debut Australian tour, with the MC locked in for some shows in early September.

MGK will hit up Perth, Melbourne, Sydney and Brisbane on his short stint down under. Tickets go on sale Monday 5 August at 9am.

The young hip hop artist has emerged as a fresh, new voice in urban music, with his rapid flow, raw lyrics and confidence above his years. Since he dropped his first ever mixtape at only 16, MGK has released seven more mixtapes, including 2013's Black Flag. The mix featured some prolific rappers including Pusha T, Meek Mill, Wiz Khalifa and French Montana, so this guy already has plenty of pull for someone so young.

Tickets On Sale 5th of August