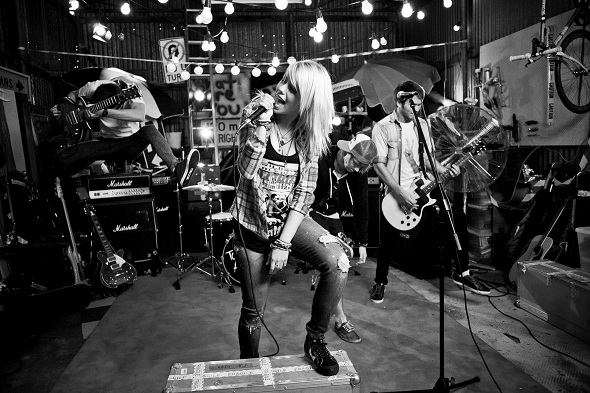 From humble beginnings, this group of Sydney-locals have spread their energetic pop-punk sound around the world collecting a dedicated global audience wherever they go.

The band's September Australian tour will offer the chance for fans of all ages to see them live on stage when they play all ages, over 18s and under 18s shows.

Tonight Alive will be joined by special guests Hands Like Houses - bringing a combination of rich lyricism and melodic, emotive vocals in the vein of Emarosa and The Getaway Plan - and D at Sea - the stripped back and acoustic version of pop punk according to Brisbane-based singer-songwriter, Doyle Perez.

Tonight Alive have taken on the international pop/punk scene and won, collaborating with Blink 182's Mark Hoppus and Good Charlotte's Benji Madden, touring with the likes of Pierce the Veil, All Time Low, Yellowcard and Young Guns, and earning a rapidly expanding worldwide fan base.

Delivering debut and sophomore EPs All Shapes And Disguises and Consider This in 2010, the following year ambition lead the band to LA to record their debut album What Are You So Scared Of? produced by Mark Trombino (Blink 182, Jimmy Eat World) and featuring a duet Blink 182 front-man Mark Hoppus.

Described as one of Australia's most exciting young bands, Tonight Alive are set to release their second studio album this September, produced by Dave Petrovic and featuring a guest appearance by Good Charlotte's Benji Madden.

Thrilled to be back on home soil, fans can expect an electrifying show brought by this tightly knit group - Tonight Alive - along with guests Hands Like Houses and D at Sea.