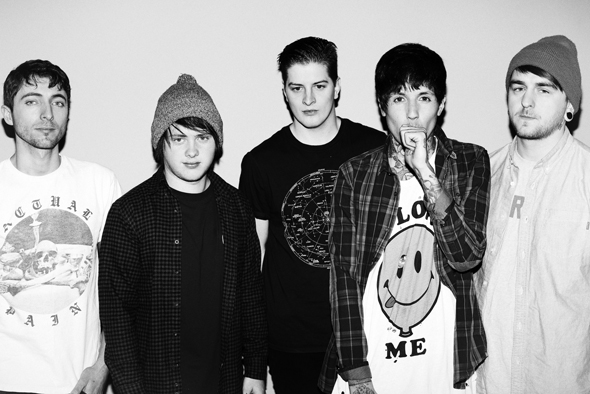 BRING ME THE HORIZON have been threatening to deliver on a world dominating scale and their incredible new album 'Sempiternal' has finally tipped them over the edge. It was Australian fans leading the charge catapulting the album to a No.1 debut.

Any lingering doubts about whether BRING ME THE HORIZON could maintain their status as one of the world's premier metal bands are crushed with this triumphant return. Throw out whatever expectations you had as "Sempiternal is one of the most breathtaking and engaging albums of the year." Absolute Punk

Having just been nominated for Best Live Band and Best International New Comer at the Kerrang Awards, OF MICE & MEN are on a mission. Their latest album, 'The Flood', "sees them bursting out of the gate in flurry of raging guitars and unrestrained abandon...a truly memorable, hip-shaking face-breaker of epic proportions" - Rock Sound

After stunning crowds at Soundwave, Japan's favourite sons CROSSFAITH will be joining this monster bill. Their new album 'Apocalyze' is due to drop in August and "with insane live energy, explosive tunes, badass attitude, ferocious riffs and fearsome determination - we're convinced that Japanese Metallers Crossfaith will be your new favourite band" - Kerrang!

Tickets On Sale 14th of June