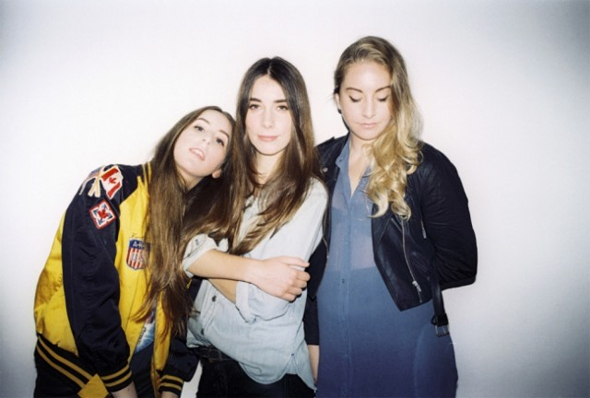 Just as organisers had promised, Californian sister-act Haim will be engaging in a run of headlining sideshows while in town for Splendour In The Grass. The trio will be hitting up just Sydney and Melbourne, which will no doubt result in all tickets being snapped up super quick.

Fast becoming key players in the nu-folk wave, the Haim sisters have done big things with their short amount of time on the scene. Their 2012 EP Forever is still getting some solid ticks, with the group only recently releasing the latest single off the record, the dream-like synth infested jam Falling.

The band managed to prick up the ears of BBC who crowned them top of the Sound of 2013 poll. Two of the tracks made their way into the triple J Hottest 200 so they're clearly onto a good thing which will no doubt manifest itself into a dope live performance.