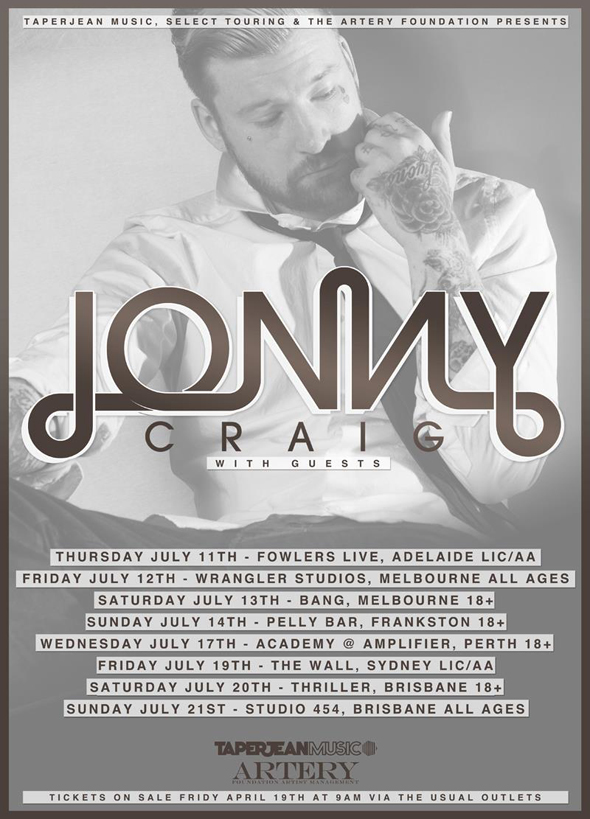 JONNY CRAIG's musical journey has seen various incarnations, having fronted influential outfits Dance Gavin Dance and Emarosa. Throughout a tumultuous career, which led to his departure from both acts and a period of soul searching. From the ashes came a newly discovered passion for music with JONNY CRAIG firmly setting his sights on his solo material.

Free from the constraints of a record label and with complete freedom as an independent act JONNY CRAIG is hard at work recording his forthcoming EP due out later in 2013.

Touring Australia for the first time this July as a solo act and coming off sold out shows in the UK and USA, JONNY CRAIG will mezmerise Australian fans with Alternative Reviews declaring JONNY CRAIG an "unrivalled talent, truly a master of his art" and should not be missed.