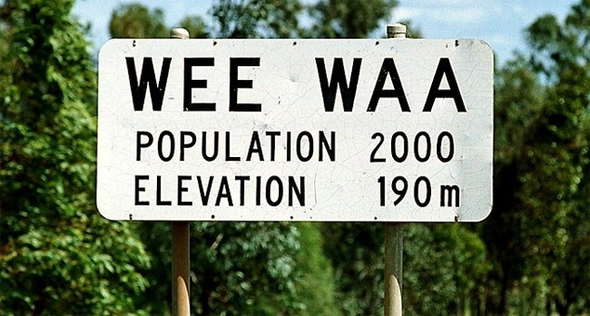 One of the most anticipated albums in the world, Daft Punk's Random Access Memories will have its first ever public airing in the regional NSW town of Wee Waa.

Yes, you read that correctly: On May 17, the French DJs will hold their "global album launch party" in a town best known as the Cotton Capital of Australia.

The news was confirmed by the Narabri Courier this afternoon, with Mayor Conrad Bolton revealing that when he was first approached by Sony Music about the event that he thought they were "pulling his leg." However, after a visit from the record label execs the town couldn't be more excited. "We think Wee Waa is so uniquely Australian, so the folks at Sony Music along with Daft Punk thought it fitted the bill perfectly," Bolton explained. "Daft Punk is known for breaking down barriers and coming up with new creative, innovative ideas to launch their albums."

The "Global Launch Party" will coincide with the 79th Annual Wee Waa Show. While details about the event are scarce, it has been reported that the album will be played from a purpose-built stage for 4000 fans (and curious locals) on the evening of release. Gates will open at 3:30 for the event, which will also include "typical Australian country show entertainment" such as showgirl and cross cut saw competitions, a dog high jump, and fireworks.

Wee Waa (population: 2000) is 500 kilometres north-west of Sydney and boasts only two caravan parks and two motels, so no doubt locals will be renting out their spare bedroom come May 17.

Daft Punk's Random Access Memories is released on May 17.