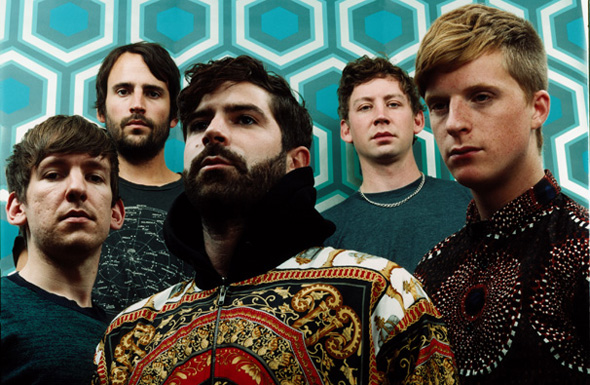 Reckless and exhilarating, Oxford indie superstars FOALS are back! Secret Sounds are thrilled to announce the return visit of this acclaimed Mercury-nominated band, who’ll head to Australia in September for a huge national headline tour.

"We wanted a record that was all gut," says frontman Philippakis. "The mission we set was to get freer. The focus was on the emotion: from our hearts and our hands, into the instruments and the microphones, then out of a speaker, six months later – and into your ears." Debuting at #1 on the ARIA album charts thanks to first single "Inhaler" (2.7m YouTube views and counting) and follow-up "My Number", the triple j Feature Album was recorded by infamous producers Flood (PJ Harvey, U2) and Alan Moulder (My Bloody Valentine, Yeah Yeah Yeahs), at the pair’s Assault & Battery studios in North West London.

With their reputation for ferocious and savage live shows well familiar to Aussie fans, demand for FOALS tickets will be high – get in quick!