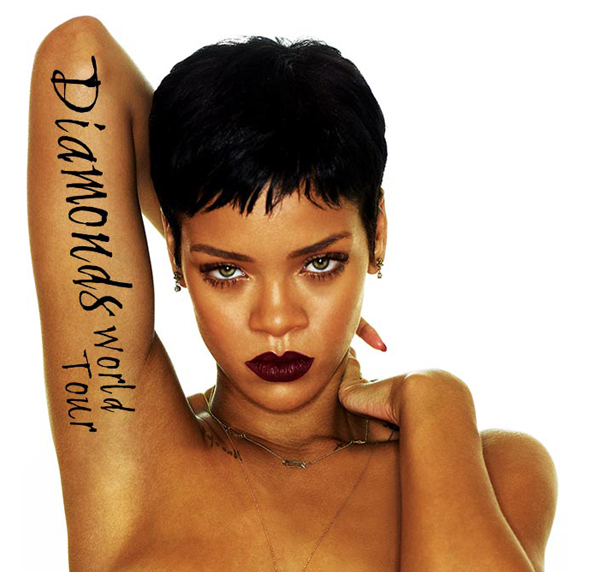 Worldwide superstar Rihanna - the "#1 Person On Facebook" with over 63 million fans - is bringing her DIAMONDS WORLD TOUR to Australia and New Zealand this spring. World tour promoters Live Nation confirmed today that the tour which kicks off in North America this week is set to dazzle fans down under with concerts confirmed in Perth, Adelaide, Brisbane, Melbourne and Sydney.

Rihanna has dominated global charts with "Diamonds", the fastest-rising single of her career to date and first single to be release from UNAPOLOGETIC her 7th studio album for Island Def Jam in just seven years.

The recipient of six Grammy Awards and seven Billboard Music Awards, Rihanna has sold over 41 million albums and 150 million digital tracks worldwide, and currently holds the record as the top-selling digital artist of all time. Forbes named Rihanna the world’s #1 social media star with over 2.9 billion views on YouTube/VEVO, the most ever for any female artist, over 63 million Facebook fans, and over 27 million Twitter followers. In addition to her 12 Hot 100 #1 singles and overall 24 Top 10 singles, she also has 18 #1 singles on the Billboard Dance Club Song Charts.

Tickets for the DIAMONDS WORLD TOUR in Australia will go on sale beginning Friday, 22-March at 9am.