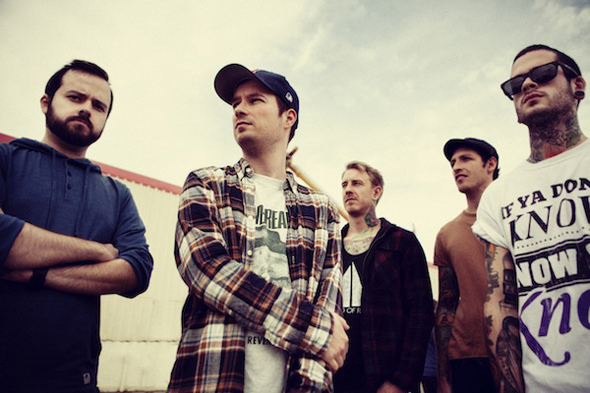 "...watching them onstage as they commit ungodly assaults on their instruments is an experience that doesn't so much unite the audience as make them tremble in tandem." - NME MAGAZINE

Over the course of a decade, Funeral For A Friend have remained one of the most fascinating bands to come out of the UK. Their debut album Casually Dressed & Deep In Conversation has long been upheld as a landmark punk album of the 2000s but it by no means bred a sense of self-satisfaction for the ambitious Welshmen. The five-piece's musical evolution has been heavily documented and it has seen them arrive at the most confident, kickass juncture of their career in 2013.

Having spent almost the entirety of 2012 recording their new album, Funeral For A Friend return to Australia, refreshed and reinvigorated. Their seventh studio album 'Conduit'-released on January 25- will serve as the perfect precursor to a massive Australian tour in May 2013. No strangers to our shores, Funeral For A Friend have amassed an increasingly large fan base with each of their Australian tours, each time cementing a more a fiery and lasting impression. 2013's outing boasts ten shows through five states, making this Funeral For A Friend's most extensive Aussie visit to date.